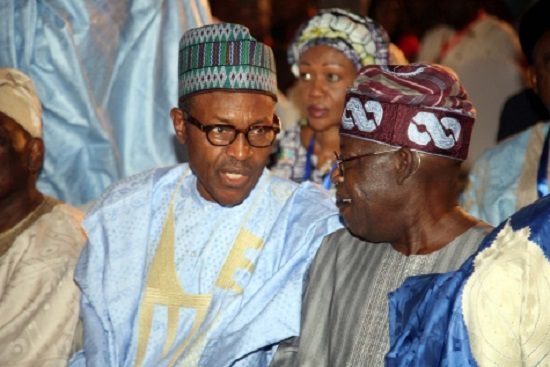 Politics is the soul of leadership and the art of government. It is a game with many colours that has outlived generations and has become the only gateway to power by the people.

As political parties intensify their efforts in their campaigns for next month?s general elections, the ruling party, People?s Democratic Party (PDP) and the main opposition party, All Progressive Congress (APC) are not taking chances, they have rolled out their campaign trains, moving from state to state campaigning and informing Nigerians why they should vote for their political parties and what they will do differently.

The ruling party, PDP presidential candidate, president Jonathan is in the race for re-election for another term of four years to consolidate on his transformation agenda and complete what he has started.

While the rising opposition party, APC presidential candidate, General Muhammadu Buhari is in the race to take over power from the incumbent party and bring the change Nigeria needs by fighting corruption and cleanse the nation from its myriads of challenges.

The incumbent party PDP and the rising opposition party APC are going head to head for the capture of the seat of power, both are leaving no stone unturned to ensure their candidates win the presidential election. But, rather than convince us with their innovative policies, both parties have based their campaigns towards the general elections on religion and ethnicity.

The ruling party, PDP has repeatedly accused APC of being a muslim party that is promoting islamic agenda. Any politician that identifies with the APC is seen as a threat and enemy of the ruling government.

Islamic agenda, according to reports is an alleged threat by some northern politicians before 2011 general elections of making Nigeria ungovernable if they don?t win the presidential election.

The opposition party APC are also not taking it likely, they have denied all the allegations levelled against them by the ruling party. They have also continued to ridicule and attack the ruling government where ever they go and has described PDP as a corrupt party constituted of a selected few that are living off the mystery of the larger population.

The ruling party that are supposed to lead by example in promoting unity are the ones taking the lead in their ethnic and religious based campaigns in order to promote their selfish interest.

Friday 9th January 2014, was the day PDP campaign rally stormed Enugu state, when it got to the turn of a particular South south state governor to come give his campaign speech. He kept on reminding the crowd a vote for APC in 2015 is a vote to promote an islamic agenda, christians should not vote a party that promotes violence.

I kept on asking myself why will a governor of a state in trying to campaign for his party disparage his fellow party men?s religion, why should religion instead of competence be a determinant factor on who should be voted for in Nigeria?

How do PDP top hierarchy who are muslims feel whenever their fellow party men abuse their religion in trying to promote their party?

What is the violence APC as a party is promoting? By insisting for a change of government and trying to get the change through a democratic process?

Our politicians should shun primordial sentiments and challenge each other with their manifestos and debates, let?s hear their views on boko haram, education, pension reforms, youth unemployment, power sector, economic development, health care, corruption and other myriads of challenges facing us as a nation.

Campaigns of religion and ethnicity and inflammatory utterances by our politicians has continued to widen the gap existing between religions and ethnic groups in the country.

The recent pre-election violent clashes and destruction of lives and properties? amongst supporters of political parties in some states across the federation is already generating tension across Nigeria over the outcome of the general elections. The peace accord pact recently signed by all the presidential candidates on wednesday 13th January 2014, promising to be decent and conduct civilised campaigns amongst the contestants, their agents and supporters, was a preventive measure taken to curtail post election violence.

If the two major presidential candidates president Good luck Jonathan of PDP a Christian from the South and General Muhammadu Buhari a muslim from the North decides to depend on their religious divide and ethnicity for victory in next month?s general elections, then they should get ready for a parallel government which the APC has already threatened to form if the electoral process is manipulated.

No religion in Nigeria can give any political party two thirds majority of votes to win a presidential election, that?s what our politicians are yet to understand. Political parties must have the support of all religions to be sure of victory, that is the major reason why all presidential candidates should sincerely drop their hate speeches against religion and focus more on issue based campaigns.

Nigeria is too unique and vague that no religion or ethnic group can do without the other, we need each other for our existence and survival. The earlier we realize that our unity in diversity is our unifying factor the better for us.

A branch cannot tell a tree you are not part of me, its not possible.

The interest of our country should be our ultimate priority not personal interest, that is why we need to change from politics of revenge to politics of forgiveness.