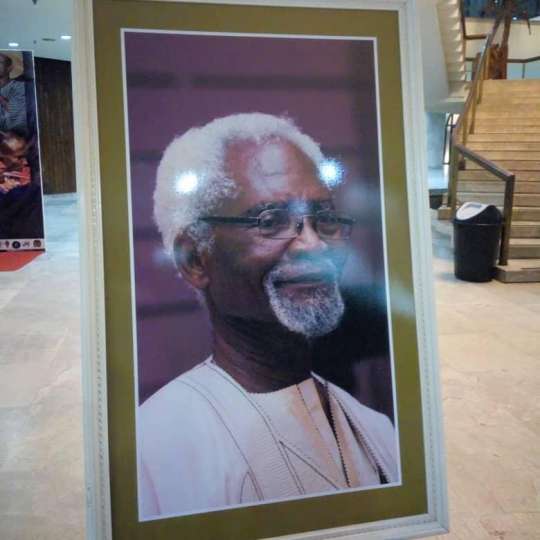 The Loom Art Gallery, reputed as Ghana’s premier privately owned art gallery, has revived its ‘Artist of the Month’ programme ahead of the celebration of its Golden Jubilee in December.

Mrs Frances Ademola, the gallery owner, announced this in a news release, issued to the Ghana News Agency on Wednesday.

The works of a renowned artist, Larry Otoo, will be featured during the entire month of October.

Heather Badger’s works will be next and this is going to be in November.

The Loom is located in Samlotte House, Kwame Nkrumah Avenue, Accra, and is next door to the East Cantonments Pharmacy.

“This iconic art gallery has had the privilege in the past 50 years of presenting a great number of gifted Ghanaian artists to art lovers and also of discovering a few,” Mrs Ademola modestly noted.

The artist for the month of August was Gabriel Eklou, and that of September, was Adjei Sowah.

The programme will continue to December.

So far, the works of Samuel Agbenegah, Emmanuel Quartey-Papafio, Seth Clottey and Aubrey-Seth Attoh had already been featured.

The gallery started as a small art shop on the ground floor of an allegedly haunted house at Kwame Nkrumah Circle.

Incidentally, that “haunted house” is now the location of the GCB Bank, Circle Branch.

Samlotte House itself has a fittingly creative background. It was designed in the early 1970s by the famous architect, Kenneth Scott, and the interior too, attracts attention owing to its fascinating, artistic design.
The building houses the gallery and two floors of offices. SAMLOTTE is a combination of ‘Samuel’ and ‘Charlotte’, the first names of Mrs Ademola’s parents.

There are many more artists scheduled to have their works exhibited as part of the grand finale of the Golden Jubilee Anniversary.