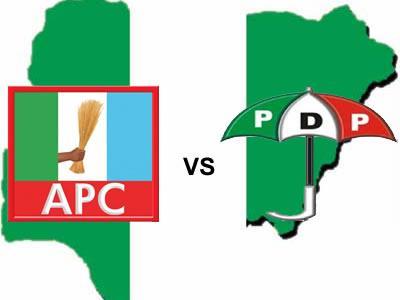 As the election petition tribunal in Osun sets to adjudicate over complaints arising from the conduct of August 9, 2014, governorship poll, the All Progressives Congress (APC), in the state, on Wednesday, tasked the Peoples Democratic Party (PDP) to support their claims over the result of the exercise with facts and figures.

The party, which hailed the resolve of the PDP to approach the election petition tribunal to seek redress over perceived irregularities contended that ?in court, you don?t manufacture facts and figures, but support them instead with credible evidence.?

In press statement endorsed by the APC director of publicity, research and strategy in Osun, Mr Kunle Oyatomi, the party said that ?we heartily welcome the decision by the PDP to proceed to the tribunal to seek redress for its perceived irregularity during the August 9 governorship election in which its candidate, Iyiola Omisore, suffered a comprehensive defeat?.

The statement reads in parts, ?this is a pleasant departure from what we know of PDP?s disposition to settling scores through violence, intimidation and terror. Now that they have embraced a civilised approach to democratic engagement, the leadership of the party should also remember that awful lies and fabrication of false figures cannot stand in the court of law.?

Reacting to the position of the APC, the publicity secretary of the PDP in Osun, Bola Ajao, argued that ?the APC are just begging issues as there is no short cut to this matter? stressing that ? they should save their energy to face the fireworks in the court, in defending their illegitimate victory?.

He asserted that ?a matter has been laid bare before a court of competent jurisdiction. Let them face the fireworks at the tribunal and they would see us at our best, while we proof our case. They need to save their energy.”