News Ghana
Home Opinion The Political Variables And CDC Machiavellian Strategy Ahead of 2020 And 2023... 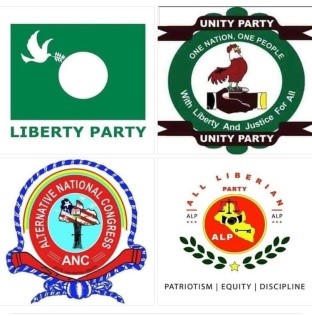 In this brief analysis, I have exposed four (4) vicious strategies of CDC and advanced five (5) suggestions to CPP ahead of 2020 and 2023 polls in Liberia.

Without Montserrado, CDC and Weah’s second term bid is a DEAD DREAM. Opposition Senator Abe Darius Dillon currently poses serious threat to CDC’s political lifespan. If the opposition wins Montserrado County for the second time in roll in this upcoming December’s senatorial election, it means that CDC is done for good. Weah and his idol worshippers will have no hope for 2023.

Dillon along with CPP remains a formidable political force against Weah’s ambition and CDC’s political future. Dillon and CPP broke a record that nobody or no political party could break for 14 consecutive years. They overwhelmingly won CDC and Pres. George Weah in Montserrado County in the 2019 senatorial by-election. Since 2005, Montserrado has been CDC’s stronghold. Here are my facts:

I had to set this basis in order for you to simply understand what my analysis is actually driving at. Ahead of 2020 and 2023 polls, CDC along with its political leader George Weah is very desperate to get their political base (Montserrado) back. Without Montserrado, that’s the end of CDC.

The ruling party (CDC) has four (4) machiavellian strategies or tactics which it has cunningly devised to get Montserrado back at all cost as well as Liberia at large:

1) CDC through its proxies or fanatics will begin to viciously target Dillon and other prominent members of CPP. It is their plan to even eliminate Dillon;

2) Rigging or stealing votes by manipulating the electoral system/database at the National Elections Commission (NEC). They have a plan to manipulate the voter’s roll in their favor. Citizens will vote but the election result/outcome will reflect something different. That’s why Weah recently appointed all of his loyalists as Commissioners of NEC;

3) If CDC rigs or steals the upcoming elections in 2020 and 2023, the regime will use the Supreme Court to legitimize this fraud or vote rigging. That’s why Weah has four (4) out of five (5) Justices under his control at the Supreme Court. The opposition will not get justice if there is vote rigging or electoral fraud. And any unjust verdict from the Judiciary will be fully backed by the Legislature because Weah also has control over the Legislature. The Speaker of the House and the Senate Pro-Tempore are Weah’s puppets. The illegal impeachment of Justice Kabineh J’aneh should be a lesson learned by the opposition;

4) 4) CDC has a plan to use cash violence and power play to pull over most of CPP’s lawmakers, influential members, and die-hard supporters ahead of 2020 and 2023 polls.

Weah and his corrupt cabal of kleptocrats are also financing smaller political parties to reorganize and subsequently declare support for CDC. This strategy is a pretext or a political gambit to rig the upcoming elections. CDC will claim that it has regained its political strength when these smaller parties begin to openly join them.

Such claim will be a FALSE alarm and an unscientific conclusion only intended for publicity stunt and to impress international observers.

The opposition political parties must now begin to think ahead in order to avert CDC’s machiavellian strategies/tactics as 2020 and 2023 polls loom. Let me repeat this, since the CDC has become so unpopular after presiding over the State for less than 3 years, the regime will become overly brutal and vicious against those it perceives as “potential threats” to its survival.

The regime will use iron fist, gang groups, and ruthless state security to repress perceived enemies and even kill opposition figures.

Remember, Weah and his cronies have already tasted power and they’ve illicitly acquired a lot of wealth, including mammoth private properties, in less than 3 years. They won’t just allow power to slip off their hands like that. It will be a tough clash but the will of THE PEOPLE shall prevail at the end of the day. Therefore, the opposition will have to be strategic and very vigilant going forward.

Here are my suggestions or recommendations to Senator Dillon and CPP as a whole:

1) Senator Darius Dillon needs to beef up his security as of now. Similarly, all influential members of the CPP, including political leaders, must also beef up their security. The CPP must now build a viable internal safety network to fully protect all leaders, partisans, well-wishers, and solidarity groups of the CPP.

3)The CPP must extend its outreach to smaller political parties and influential organizations across Liberia (e.g. workers’ union, motorcycle union, marketing association, teachers’ association, student groups, civil servant union, community leaderships, etc.). Furthermore, if CPP must be different and honest about real CHANGE, it must not retain those CORRUPT and disloyal CPP lawmakers on its ticket in any pending election.

They must be replaced with a new breed of patriotic, competent, integrous, visionary, and people-centered aspirants. These new aspirants must sign a bond of commitment and loyalty to remain faithful, dutiful, accountable, and transparent to Liberians and CPP.

4)The CPP must hire a very strong legal team that is also linked to and licensed by the ECOWAS Court and other international judicial bodies. If CPP can raise money, it should also hire an independent firm to conduct a nationwide Voter’s Survey or Opinion Poll ahead of 2023 polls.

5 Currently, the masses are yearning for genuine CHANGE and not “Change for Hope” anymore. The CPP must clearly explain through a MANIFESTO how it intends to change/deliver Liberia. The CPP must produce a realistic alternative recovery plan or a doable development roadmap in various sectors including education, health, agriculture, employment, energy, tourism, infrastructure (e.g. road), technology, foreign direct investment, social security, housing, water and sanitation, foreign policy, gender equality, reconciliation, security and rule of law, transparency and accountability, etc.

In addendum to the Montserrado Factor, the Collaborating Political Parties (UP, LP, ANC, and ALP) still stand a better chance to win the 2023 General and Presidential Election.

But such victory is largely dependent on the outcome of this upcoming senatorial election in Montserrado and other Counties. CPP must do all it can to win at least 12 out of the 15 counties.

Judging from the latest 2017 general and presidential election, this is another proof that puts CPP ahead of CDC in any presidential political contest:

Senator Prince Y. Johnson of the Movement for Democracy Reconstruction (MDR) is not clear about whether he will throw his weight behind CDC in 2023 general and presidential elections. He has been disgruntled of late. He is on record for saying that he only supported the CDC for President George Weah to suffer the Liberian people. This means that CDC is likely to lose 127,666 votes.

Even if Johnson supports Weah for a second term, a lot of his supporters are likely not to follow him because of some of his latest revelations which remain shocking in most parts of Nimba County and elsewhere.

As extreme hardship spirals as a result of economic paralysis, corruption, and bad governance under President Weah, CDC is going to lose more support (votes).

Ahead of 2020 and 2023, there is a bitter price that CDC has to pay for increased job losses, rape, poor health, messy education, hunger, failed promises, public graft, etc.

A lot of votes will be lost. This means that the CPP stands a far better chance to win both in 2020 and 2023 elections if they prefer winnable/sellable candidates and if they remain on a plinth of unhindered unity, honesty, maturity, and loyalty.

Beyond this end, Liberia and Liberians deserve far better. Currently, Liberia cannot breathe because President Weah’s knee is on our country’s neck. Can CPP save Liberia? Only history has an answer. But for now, Dillon and CPP must listen and begin to take immediate steps to avert this predatory plot that has already been concocted by CDC!

About The Author: Martin K. N. Kollie is a Liberian activist and columnist who contributes to international and local journals. He fled Liberia into exile a result of Weah’s dictatorship.

When should a Chief Finance Officer takes the reins as Chief Executive Officer?