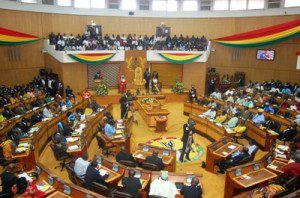 The acronym MP is a short term for a Member of Parliament. Every average educated person knows this. So since parliament is another name for the legislative arm of government, and legislation means law making, MPs are individuals responsible for law making of the nation. The word MP is therefore a name given to a member of the law making institution of a nation.

Like most other words in contemporary English language, the word MP is assuming a new meaning in the Ghanaian political dispensation. So instead of a law maker, an individual referred to as an MP in Ghana is now assuming the role of the elected Chief Executive Officer of his or her constituency.

Our law makers do not discuss their mandate as those seeking to be elected into the Ghanaian Parliament to make the laws and ensure they are workable laws for Ghanaians of their constituencies. Rather, our parliamentarians are now acting as the enforcers and executors of the laws, by doing the jobs meant for the executives and related institutions in the public sectors. Our MPs are now receding to the level of taking over the role of those who are employed by the state to act in ensuring that the needs of the electorate are provided in accordance with the laws made by our MPs.

Ghana runs an executive presidential system but hybridised to accommodate some traits of parliamentary system. Whatever intent our experimental system seek to achieve, it is now getting out of hand and making us into a democratic joke. The approach is now making individuals elected as law makers, but share the same political party with the president, to be at the mercy of the president.
This weakens the power of parliament as a check on the executive arm. The principles of Separation of Power for Check and Balance to work, is an essential part of a presidential system. This clearly suffer in the instance of lumping up the two systems.

The executive arm of government in Ghana has now become too powerful to be power corrupted. The situation even worsen up by the president having majority members of his party in parliament, hovering around him for an executive position.

Almost every member of the Ghanaian parliament, with his or her political party in power, eye a ministerial or other executive position. Since the power to appointing ministers is a prerogative of the executive president, the Ghanaian lawmakers see their election as license to assuming executive role, than that of law makers. Individuals stand before their constituencies with all sorts of packaged lies, for election as law makers, to assume executive roles.
This trend has been the practice for a very long time. We had MPs promising electorates to personally build projects that then results in mass demonstration when the reality of law making and execution sets in. MPs gets elected and find out that the Parliament House is not a place for the execution of projects.

Challenges like this are common to most democratic evolution of a people. It falls on journalists and political scientists to raise the red flag and have the anomalies corrected when they are endangering the whole democratic ideals.

Our political scientists are busy in the classrooms discussing the theories and undecided on the fate of the hybridised Ghanaian system of democratic governance. The MPs are now force into what they are not intended for.

The media as usual are being carried away by their drive to innovation, to engage in adding flavour to the confusion. TV3 is now airing a program providing platforms to all those contending for constituency parliamentary seats. Each candidate act like an ‘executive’ MP, to explain their manifestos to the public. The gesture portray the Ghanaian media as equally confused in misleading the public or have just join the Jones in the wild goes chase.

Aspiring Members of parliament are now coming up with all forms of initiative, like their predecessors, to build castle in the air, for vote. Most are even engaging in breaking the laws before they are elected, as the laws means nothing to them.

If our MPs are openly showing ignorance of their role and assuming the duty of law executors, who are going to be the law makers of Ghana? Who are going to be telling us about the challenges in our laws, discussing, these laws by educating us on them and seeking our mandate to change the laws in parliament, to replace them with better ones? If our MPs are talking about seeking our mandates to raise fund in building community hospitals and schools, who will then be making laws for the ministers and ensuring that the ministers obey the laws? How lawful are our honourable law makers?