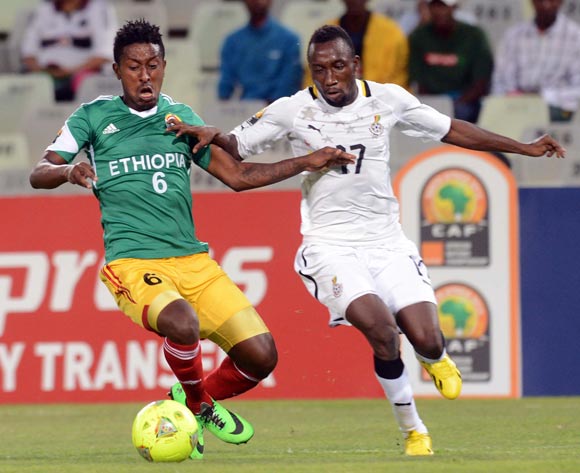 Ghana posted a narrow 1-0 win over Ethiopia to reach the quarter-finals of the 2014 CHAN in South Africa.

The former Ghana U20 defender slotted in for the influential Godfred Saka and he justified Maxwell Konadu?s decision to select him.

Though simple and conventional, he showed he had something different to offer.

Though a bit amateurish, Tijani averagely impressed on the evening and formed a good partnership with the rest of his departmental members.

One for the future.

Converted the match-winning penalty for Ghana in the second-half.

But apart from his ambitious scoring exploits which he has already exhibited at Kotoko, he was also defensively brilliant.

The Hearts of Oak man was powerful and commanding at the back for Ghana. His influence was key for the team?s victory.

He played like he was at the comfort zone with his club teammate Robin Gnagne.

The understanding was marvellous.

Bold and courageous. He tackled well and made vital interceptions in his work-field.

He provided the vital shield for the defensive and linked well to the attacking midfield.

He is slippery and artful. The former Ghana U17 winger possesses an extraordinary tool and he used that to surmon the opposition to their fate on the evening.

A 17-year-old chap with so much qualities. The 2013 Ghana U17 squad member has a real precocity and he failed to be dwarfed by the weight of the expectation.

He was good and was the shining point of the articulated passing play from the Black Stars.

It wasn?t the best of shows from the AshGold man. He was not the same player many expected to see but before his substitution, he had some few brilliant moments

The experienced Asante Kotoko midfielder delighted many with his impressive and visionary display for Ghana in area.

He won the man-of-the-match award.

Not very venomous ? you could also consider the supplies ? they didn?t come in tens and hundreds.

He needed a better debut show.