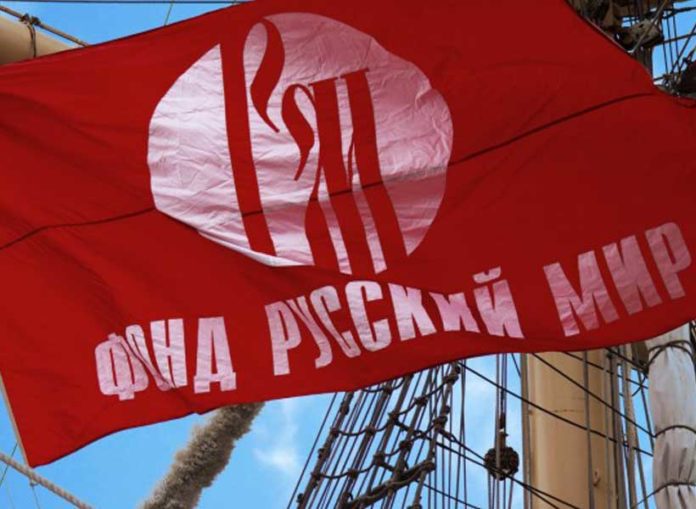 The phenomenon of the Russian world has become the center of attention in both academic circles and the public arena. The stability achieved only recently in Russia itself has allowed for refocusing attention on the importance and value of the Russian world, not only to those who consider themselves participants of this world but also to modern civilization at large.

It has become clear that serious steps need to be taken both to preserve and to promote Russian language and culture in today’s world. These discussions came to a culmination in President Vladimir Putin’s address to the Federal Assembly in April 2007:

“The Russian language not only preserves an entire layer of truly global achievements but is also the living space for the many millions of people in the Russian-speaking world, a community that goes far beyond Russia itself. As the common heritage of many people, the Russian language will never become the language of hatred or enmity, xenophobia or isolationism.”

In June 2007, President Putin signed a decree establishing the Russkiy Mir Foundation, for the purpose of “promoting the Russian language, as Russia’s national heritage and a significant aspect of Russian and world culture, and supporting Russian language teaching programs abroad.”

The Foundation, which is a joint project of the Ministry of Foreign Affairs and the Ministry of Education and Science, is supported by both public and private funds. The Russkiy Mir Foundation is headed by Vyacheslav Nikonov, Dean of History and Political Science at the International University in Moscow and Founder of the Polity Foundation.

The Foundation’s Board of Trustees consists of prominent Russian academics, cultural figures, and distinguished civil servants, and is chaired by Lyudmila Verbitskaya, Rector of St. Petersburg State University and Chair of the International Association of Russian Language and Literature Teachers (MAPRYAL).

There are three meanings of this small word “Mir” which means (Community, Peace and World), and the word inspires and defines Russkiy Mir’s mission – to promote understanding and peace in the world by supporting, enhancing and encouraging the appreciation of Russian language, heritage and culture.

Russkiy Mir promotes the teaching of the Russian language within Russia and abroad – both to new learners of the language and to those who already know and love Russian, and further wish to recapture or maintain their fluency.

Russkiy Mir brings Russia’s rich history to life, and showcases vibrant examples of Russian art and culture around the world.

Russkiy Mir reconnects the Russian community abroad with their homeland, forging new and stronger links through cultural and social programs, exchanges and assistance in relocation.

The Russian Language:
And we will preserve you, Russian speech,
The great Russian word.
We will keep you free and pure,
And pass you on to our grandchildren,
free from bondage forever!
– Anna Akhmatova

Russian language is at the heart of Russian culture and society and has, for centuries, served as the language of diplomacy and commerce in many European and Asian countries. Russkiy Mir supports the study of Russian language among native and non-native speakers both domestically and abroad. This includes funding scholarship on its linguistic origins, mechanics and application; creating new standards for language instruction; producing educational materials; and sponsoring language courses, competitions and other educational programs.

Russia’s vibrant, multicultural society has made many artistic, musical, literary, and scientific contributions to global culture. Throughout its rich and varied history, Russia has been home to great artists, authors, composers and musicians – such as Rublev and Kandinskiy, Tchaikovskiy and Shostakovich, Puskhin and Solzhenitsyn.

And today, these rich traditions continue with a new generation of talented writers, artists and academics spreading and uniting Russian language and culture across the globe. The Russkiy Mir Foundation promotes Russian culture by sponsoring cultural programs and supporting living examples of Russian arts and culture around the world.

The Russian world is much more than the territory of the Russian Federation and the 148 million people living within its borders. Millions of ethnic Russians, native Russian speakers, their families and descendants scattered across the globe make up the largest diaspora population the world has ever known.

Russkiy Mir reconnects the Russian diaspora with its homeland through cultural and social programs, exchanges and assistance in relocation. The Russian world also includes the millions of people worldwide who have chosen the Russian language as their subject of study, those who have developed an appreciation for Russia and its rich cultural heritage.

One of the most spread forms of activities in Africa, for example, is the creation and functioning of the Cabinet of the Russian World.

“Cabinet of the Russian World” is a target program of the Russkiy Mir Foundation aimed at creating favorable conditions abroad for individual access to the civilizational foundations and contemporary realities of the Russian world through independent familiarization of users with elements of Russia’s spiritual culture and the improvement of language skills.

The Foundation’s Russkiy Mir Cabinet program is aimed at creating conditions conducive to the study of Russian language as well as increasing knowledge and understanding of Russian culture and the realities of contemporary Russia.

Promotion of Russian culture and Russian language as a global language;
Informational support for compatriots abroad as well as foreign citizens interested in Russia.
Russkiy Mir Cabinets are organized and adapted, in accordance with the specific needs of the hosting organization, including specially selected collection of language learning textbooks and literature as well as informational materials and audio-visual presentations about modern Russia, its culture and history. The Cabinets are organized and designed to fit the configuration of the space allocated by the hosting organization. Such Cabinets have been organized in various configurations at schools, libraries, universities, cultural centers, kindergartens, etc.

How the Program Works

If the Foundation approves the organization’s request, the two parties sign a donation agreement, which specifies in detail the materials provided by the Foundation free of charge. In turn, the host organization is obliged to use the materials for educational purposes with the aim of popularizing the Russian language and supporting intercultural dialogue. Russkiy Mir Foundation is ready to support interested institutions in promoting the Russian language, literature and culture as part of Russia’s Soft Power Diplomacy. *Report from Kester Kenn Klomegah who is an independent researcher and policy consultant on African affairs in Russia and Eurasian region.