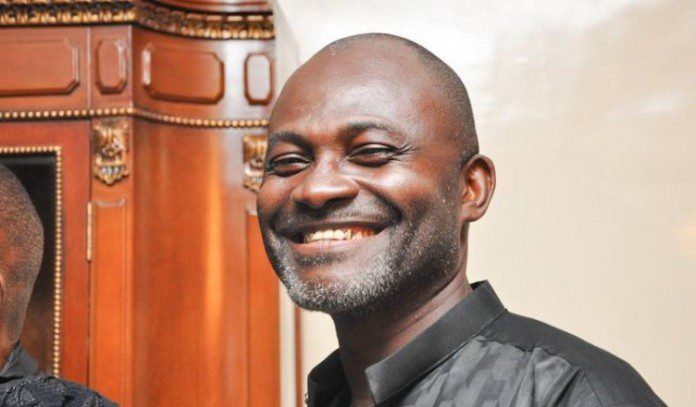 Rumour circulating in the media is that Hon. Kennedy Agyapong has bought a Private Jet as he had promised himself, just like he did for the Rolls Royces in 2010. We  decided to go back 5 years ago and bring you the story of how he bought a Rolls Royce for 8billion old cedis and struggle he had with customs.

Following the purchase of the specially manufactured car, officials of the Customs Excise and Preventive Service asked revenue agencies to probe the source of NPP Member Parliament for Assin-North, Kennedy Agyapong’s wealth.

Kennedy Agyapong drove off his nearly 8 billion cedis diamond black/silver Rolls-Royce Phantom Saloon car manufactured by Rolls Royce Motor Cars in London, United Kingdom from the Tema Port in May 2010. Port officials wondered how, where and when the NPP MP got his money. Mr. Agyapong paid the manufacturers whopping 249,708.00 pounds sterling, that was equivalent of five billion, four hundred and ninety three million, five hundred and seventy thousand old cedis at the time for the vehicle.

The opposition MP paid two billion, one hundred and fifty four million, ninety seven thousand old cedis as custom duty before the lavish vehicle was cleared from the Tema Harbour by Fame Shipping Agency Limited. The Value of the car and the amount spent on custom duty means that the Ghanaian MP paid a total of seven billion, six hundred and four million.

The car was made in 2010, under Mr. Agyapong’s strict instructions and the amount spent to clear it from the port got some Customs officials and other security agencies interested in the source of money.

The car was purchased at the time there were media reports that Mr. Agypong’s media empire was crumbling as a result of his inability to pay his workers’ salaries.

The custom made diamond black/silver car has SCA681S05AUX01690 as its chassis number. Special features on the car included a short circuit TV which tells the driver what the distance ahead is, a DVD changer, soft leader upholstery among other features.

He registered the number KEN 50-10 to show that it was his 50th birthday. Years on, in 2015, he confirmed that he took a loan to finance that car and the loan had been paid as of 2015. He has also said CUSTOMS and the IRS were head over heels with him trying to find a loophole in his dealings but as hard as they tried, they could not find any.