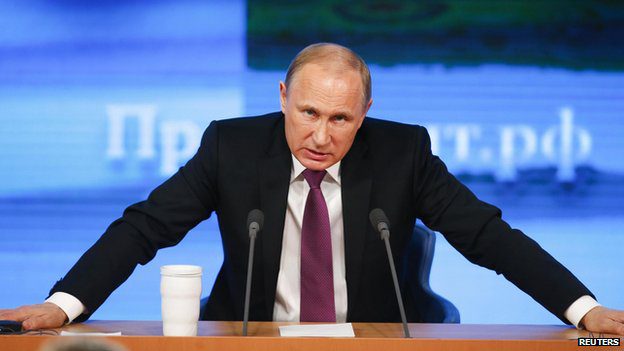 “Turkey’s current leadership does not fight radicals as much as it collaborates with them,” Putin said in a nationally televised show in which he answers questions from the Russian public. In southern Turkey, “there is actually a civil war,” Putin said. “The international community is trying not to notice it, but this is a fact. There is heavy weaponry: tanks, artillery.”

Putin added that it is unsafe for Russians to visit Turkey and Egypt because of security concerns.

Russia and Turkey’s traditionally warm relations have deteriorated as they chose to support opposing sides in the Syrian civil war. Russia supports the Syrian government, whereas Turkey, which borders Syria, backs some rebel groups seeking to overthrow that government.

Turkey shot down a Russian warplane on the Syrian border in November and the pilot, who ejected, was reportedly killed by gunfire from a Turkic militant group.