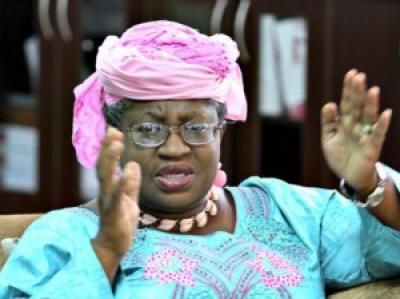 The Coordinating Minister for the Economy and Minister of Finance, Dr Ngozi Okonjo-Iweala has said the West African Monetary Zone (WAMZ) countries to learn lessons from the European Union?s monetary integration experience and desist from rushing on to launch the proposed monetary union among six West African countries.

This proposal according to her was to avoid severe consequences in the event of failure.

The Minister said this while speaking in Abuja at the opening of the 34th Meeting of the Convergence Council of Ministers and Governors of Central Banks of the WAMZ She said it was important to get the fundamental right in order to have a quality and sustainable launch notwithstanding the earlier take-off dates which had become unrealistic.

The six countries that made up the WAMZ are Nigeria, Liberia, Sierra Leone, Gambia, Ghana and Guinea.

?As you begin your deliberations I would like you to take cognizance of the recent developments in the Euro zone and ensure that the lessons learnt are integrated into the recommendations that you would make, so as to avoid the pitfalls that bedevilled that monetary zone.

?I urge you all to work hard towards meeting the set target date. We must not forget that the most sacrosanct objective in this endeavour is not a hasty launch of a monetary union but an enduring and sustainable one that will stand the test of time when it eventually takes off.

?It may only take some time to launch when we are comfortable that the economic fundamentals to achieve a strong monetary union are in place,? she explained.

More so, the Central Bank Governors in the Economic Community of West African States, ECOWAS, have accepted a proposal to shift the full implementation of the sub-regional monetary integration project till 2020.

The proposal was made by the ECOWAS Heads of State and Government.

The confirmation of the decision is expected to be made public at the end of the West African Monetary Zone, WAMZ, meeting holding in Abuja.