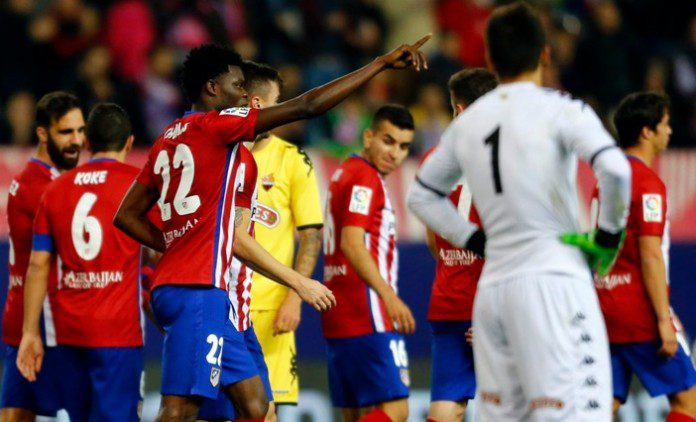 Partey, 22, registered his first club goal at Atleti after scoring the match-winner in their 1-0 win over Reus Deportiu at the famous Estadio Vicente Calderon.

And, the former Tema Youth midfielder who scored four (4) La Liga goals for Almeria last season believes he worked for his debut goal for Diego Simeone’s side.

“[I feel good and happy to score] because it is not easy and I had to work hard for it,” he told GHANAsoccernet.com.

Partey is regarded as one of Ghana’s most promising talents abroad following his consistent performance in Spain for Real Mallorca, Almeria and Atletico Madrid in the past three seasons.

He was invited by Ghana for 2013 FIFA U20 World Cup but then head coach Sellas Tetteh deemed him surplus to his requirement.

But he has proven the ex-Rwanda coach wrong with his impressive abilities in the Spanish top-flight.

He has featured in two La Liga games for the Rojiblancos this season and will be hoping to improve his numbers.