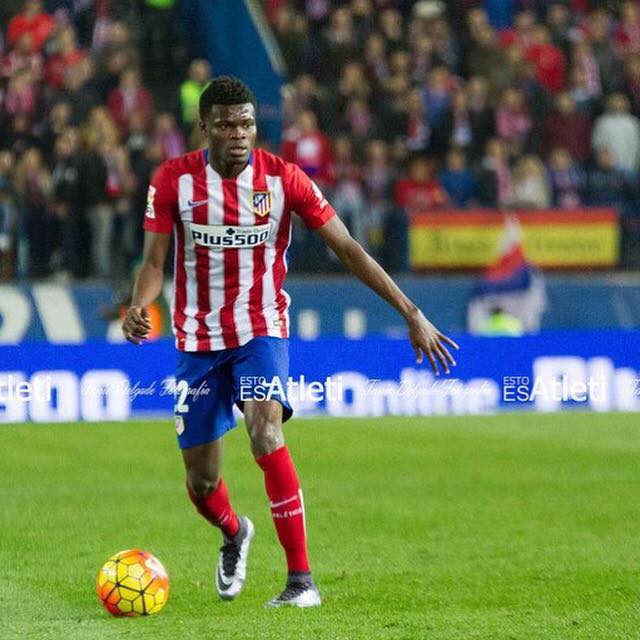 The 22-year-old lanky defensive midfielder emerged out of the dug-out on the 80th minute mark to replace Belgian international Ferreira Carrasco.

Partey’s appearance in Saturday’s clash was his third consecutive first game for Diego Simeone’s side.

“[I’m feeling] great and happy [for the playing time I’m getting]. [I’m working hard at securing regular playing time and I hope I will get more,” he told GHANAsoccernet.com.

Partey made his full debut for the Vicente Calderon giants during the midweek by playing an influential role in their Cup win over Reus Deportiu.

His debut in the La Liga game in a 1-0 win over Espanyol at the Vicente Calderon last weekend.

Partey joined Atleti in 2012 and impressed with the club’s junior side before heading to Real Mallorca on loan in the Segunda Division in the 2013/14 season.

He was a hit at relegated Almeria in the La Liga last season as he netted four (4) goals in 31 appearances.

Manager Simeone resisted a number of loan interests from La Liga rivals to hold him down at the club.

Despite revenue-mobilizing challenges, Akufo-Addo is determined to fix roads – Ofori-Atta