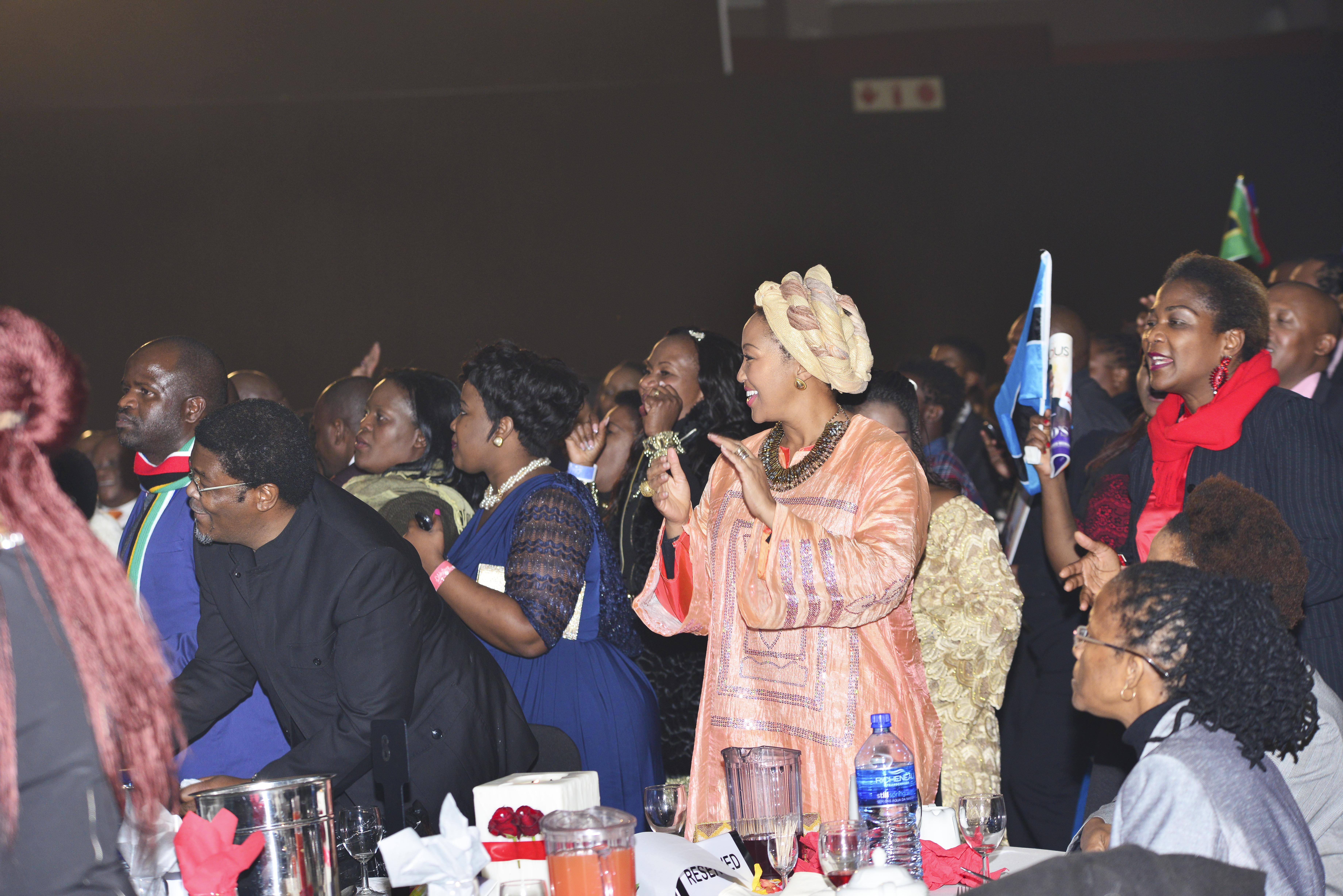 On Friday 12th June 2015, thousands of Africans from more than 10 nations converged in South Africa to celebrate the birthday of controversial Nigerian Pastor T.B. Joshua. The event, which was held at the Gallagher Convention Centre in Midrand, South Africa, was dubbed ?A Celebration Of Love?, a reference to Joshua?s popular slogan ?let love lead?.

It comes just months after heated tensions between South Africa and several African countries over a spate of xenophobic violence against foreigners in the country.

Relatives of the 84 South Africans who lost their lives in the infamous collapse of a guesthouse at Joshua?s church last year were among the organisers of the event, coupled with survivors of the tragic incident.

?We know what happened to the building,? insisted Thembelihle Mamafa speaking on behalf of family members of the ?martyrs of faith? before cutting a huge cake in honour of the ?prophet?.

?They tried to bring him down but TB Joshua – you with God are the majority. The more the attack, the greater your strength,? she stated, to the applause of the crowd.

Among those who paid tribute to Joshua was Chief Victor Mditshwa, a Director at the Department of International Relations and Cooperation (DIRCO).

?What a timing of a celebration of a great man,? the South African government official stated.

He also made reference to an alleged prophecy given by Joshua about the end of the violence.?Tomorrow, they will never talk about xenophobia in South Africa – it is gone because the man of God prophesied and spoke.?

Popular South African ?Bishop? Stephen Zondo from the ?Rivers Of Living Waters Ministries? also spoke of the unity the event had fostered within Africa.

?Tonight, your birthday, has just united all of us,? he stated.

?We had some tragedies and problems a few weeks ago but your birthday has done another miracle that the government and churches failed to do. Your birthday has brought us together!?

Representatives from the nations of Botswana, Namibia, Zimbabwe, Zambia, Malawi, Tanzania, Kenya, Swaziland, Lesotho, Mozambique and the Democratic Republic of Congo stood up to give birthday greetings to Joshua.

US Gospel artist VaShawn Mitchell, amidst his performance, thanked God for the Nigerian cleric?s life.

?I was able to go to Mexico City to the crusade,? he told the crowd, referring to Joshua?s crusade last month at the Aztec Stadium which had an estimated 150,000 in attendance.

?My life was changed through the ministry of Prophet Joshua. I saw healing, deliverance – people set free right before my very eyes.?

Several government officials, traditional leaders and media celebrities were present at the occasion. A biographical video clip of Joshua?s early life and ministry was shown.