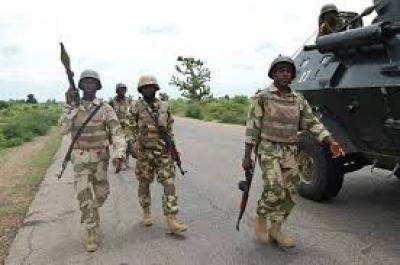 Kenyan police on Friday confirmed that three al-Shabab terrorists were killed and four others injured on Thursday by a bomb they were assembling to carry out roadside attacks in Garissa county near the Somali border.

Rono Bunei, Northeastern regional police commander, said the terrorists were killed when an improvised explosive device (IED) exploded while being assembled in an area in Fafi region in northeast Kenya.

“An IED exploded while being assembled by the al-Shabab operatives, killing three al-Shabab militants on the spot and injuring four others,” Bunei said.

Several security officers and scores of civilians have been killed, many maimed and property worth millions were destroyed in northeast region since the Kenyan soldiers entered Somalia in 2011 in a bid to forestall dangers facing from threats of al-Qaida-linked Somali Islamist group.