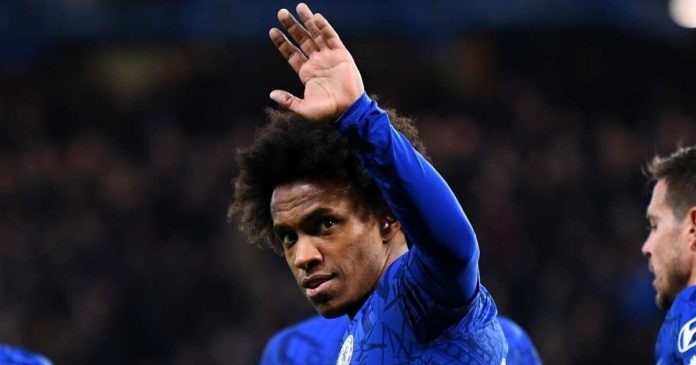 Brazilian midfielder Willian has confirmed he will leave Chelsea after explaining his decision in an open letter on Sunday.

The 32-year-old is likely not leaving London, however, as he is reportedly making a transfer to FA Cup winners Arsenal for a deal worth 150,000 pounds (195,000 dollars) per week.

Willian arrived at Chelsea in 2013 from Russian club Anzhi Makhachkala for 30 million pounds and has helped the club win two Premier League titles, an FA Cup in 2018 as well as starring in last season’s Europa League triumph.
“They were seven wonderful years,” Willian wrote on his Twitter account.

“Today I am certain that it was the best of decisions. There were no many happy times, some sad, there were trophies and it was always very intense.”

“The time has now come to move on,” he added. “I am certainly going to miss my team-mates. I will miss all the staff at the club who’ve always treated me like a son and I will miss the fans.

“I leave with my head held high, safe in the knowledge that I won things here and always did my best in a Chelsea shirt!”