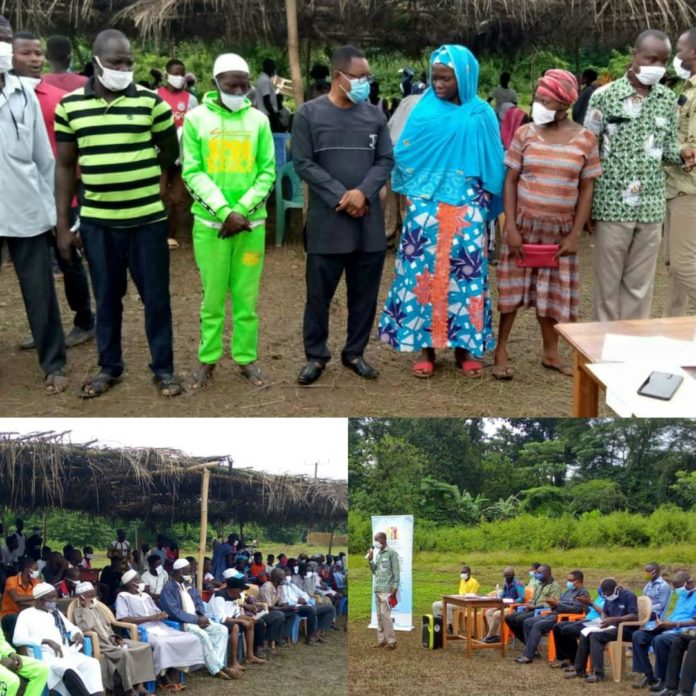 Titiaka, a farming community in the Kadjebi District of the Oti Region, has identified the lack of teachers’ bungalow in the community as the topmost challenge.

They said the challenge was affecting effective teaching and learning in the area and called on the Kadjebi District Assembly to construct a teachers’ bungalow for teachers of the Titiaka Primary School to help promote education in the area.

The community made the call at a social auditing engagement organised by the National Commission for Civic Education (NCCE) with support from the European Union (EU).

Mr. Daniel Agbesi Latsu, Kadjebi District Director of the Commission, has appealed to the citizenry to actively participate in decision-making processes at all levels adding that civic participation would help propel Ghana as perhaps the most prosperous country in the world.

“Do not sit on the fence only to engage in blame games at the least provocation when things go wrong,” he added.

He said civic engagement between citizens and public officials would help deepen the country’s local governance system since participatory democracy occurred when people were involved in the decision-making processes at all levels.

Mr. Latsu said the process must be devoid of political capture to achieve the desired results.

Mr. Ezekiel Anidi, Oti Regional Programmes Officer of the NCCE, said Social Auditing sought to promote community ownership of development projects and policies, increase awareness of the operations of the Local Government and empower the citizenry to demand accountability from duty bearers.

He said it was a process to achieve desired results and should not be seen as” witch-hunting” but a means to influence policymaking, implementation, and evaluation.

A nine-member Social Auditing Committee was approved to assist in the implementation of the project.

Mr. Francis Fefe, An Assistant Director of Education in-charge of Administration and Finance at the Kadjebi District Education Office, admonished parents to help their children study at home during the COVID-19 holiday.

He said asked them to monitor their children’s especially the girl-child so that they don’t go wayward during the holiday.

Mr Maxwell Kofi Asiedu, Kadjebi District Chief Executive (DCE), appealed to the residents to honour their tax obligations to enable the government to generate revenue to develop the country.

He said taxes were vital to national development since tax money helped the government to create jobs, provide social amenities such as roads, electricity, hospitals, potable water, schools and markets.