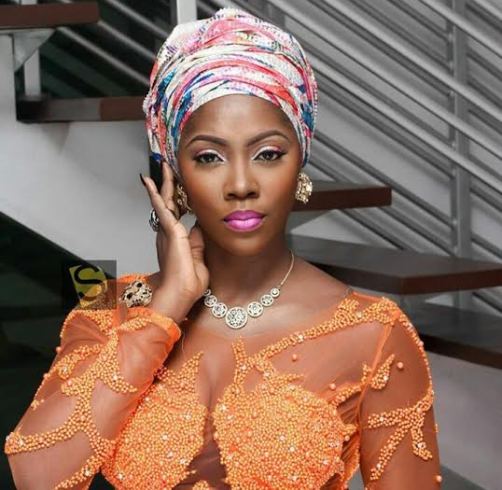 Tiwa Savage appeared on ‘The Voice UK’ where she spoke about balancing her works as a wife, mother and musician. She completed her album while pregnant and kicked off her promotional campaign within months of giving birth, showing how strong she is.

“I want to debunk that myth – and it’s not just for me,” Savage says with conviction. “Whether you’re a doctor, a nurse, a politician, anything, once you’re married and have kids, there are people who will say you can’t be an entrepreneur, a business mogul or still be at the top of your game.

“I’m going to work my butt off to encourage other women. I want them to know that it is not the end; it’s just the beginning. We’re built for this, women are much stronger than we give ourselves credit for.”

“[As an R&B singer] I would have been one of millions,” she says. “TJ advised me to go back home [to Nigeria.] He told me: ‘There’s a void with the female artists, this is something you could really take advantage of and you can do something amazing.’ That was basically the start of the move back to Nigeria.”

“As an artist, a celebrity, you are literally living in a glass bowl, so everything about your life is scrutinised,” said Savage on being in the public eye.”

She is among the National Ambassadors of Nigerian Urban Reproductive Health Initiative’s (NURHI) ‘Get It Together’ family planning campaign, where she spoke about sex

“Sex is real,” she says. “We are all sexual beings and I think in Africa we don’t talk about it enough, and because of that, a lot of people are making a lot of mistakes. A lot of young people don’t know what is available. They’ve had it drummed into their heads ‘just don’t have sex’ and that’s not realistic anymore.

“We know that they’re going to have sex, but we can ensure that they have safe sex. That’s what I am always trying to get people to talk about – to know their options and, where we can, to empower people if they want to say ‘no, its not time, I’m not ready’. People can be strong enough to say that”.