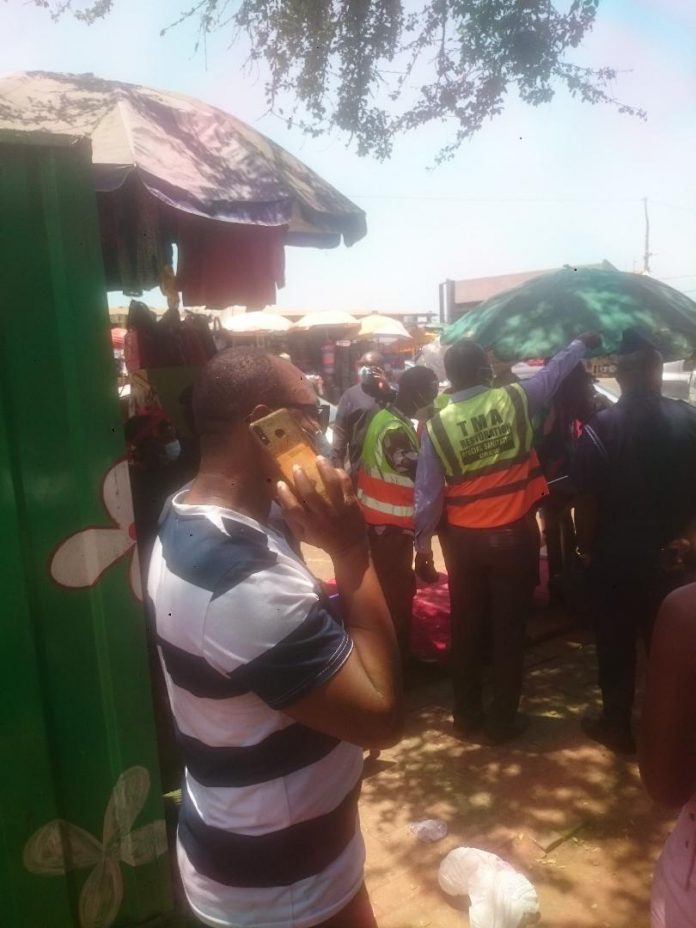 The Tema Metropolitan Assembly on Tuesday embarked on sensitization exercise to address issues of encroachment, and other nuisance that riddled the metropolis over the past few years.

Other members of the taskforce include; officials from the assembly, police personnel and assembly members, who visited some areas of the metropolis where human activities had created issues.

The team discovered that some recalcitrant drivers had turned the various bus-stops on the dual carriage Harbour Roads into mini stations, waiting to convey passengers alighting at the Harbour stretch to their final destination.

According to city authorities, the phenomenon was the cause of some of the many avoidable road accidents that occurred on the stretch, with heavy traffic build-ups.

The team also visited the Community One Central Business District, where pavement meant for pedestrian walkway had been occupied by traders and vendors forcing the pedestrians to walk on the shoulders of the busy road, thus endangering their lives.

The encroachment on the road, apart from robbing pedestrians of a safer path, had also resulted in the blockage of Sewer lines and drains, as traders, in their quest to sell on the pavement, erected concrete slabs for their container shops and stalls.

Mr Annan-La addressing the media, reiterated the assembly’s commitment to ensure Tema recaptured its lost glory by removing any hindrance and as part of the initiative by the Greater Accra Regional Minister to make “Accra work again” the assembly will also ensure residents in Tema comply to the assembly’s by laws for the betterment of the country.

He gave a 24-hour ultimatum to the traders to move out of the unauthorized places or face the full wrath of the assembly.