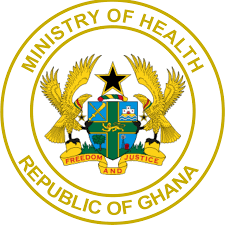 The Tema Metropolitan Health Directorate has appealed to the Ministry of Health and the Ghana Health Service to mechanize (made permanent) 149 casual staff in the various local public health institutions.

According to the Directorate some of the staff had been casuals for over 15 years without being mechanized even though these casual workers are presented to the authorities.

This came to light during the Directorate’s 2019 annual performance review which was on the theme:” Advancing Universal Health Coverage through enhanced people engagement, effective data management and appropriate technology”.

Participants at the review expressed worry that even though the casuals had served for many years, others were picked over them for mechanization whenever there was a vacancy.

Madam Irene Sedem Dzakpasu, Tema Metropolitan Health Human Resource Manager, in a presentation said it was the prayer of the Directorate that the long serving workers among them would finally be mechanized.

Madam Dzakpasu touching on other human resource capacity, revealed that the area currently had 53 doctors which translated into a ratio of one doctor having to take care of 4,110 clients.

She added that there was a ratio of one nurse is to 471 patients as the directorate currently has a total of 496 nurses at post while each of the 114 midwives were expected to take care of 358 women in reproductive age.

The data revealed that only the Tema General Hospital had specialists.

A total of six physician assistants are working at TGH as compared to two and one respectively at the Manhean Polyclinic and TMA Maternity and Children’s clinic, “she said.

On the availability of midwives at the various institutions, 17 discharge their services at the TMA Maternity and Children’s clinic, 22 at Manhean Polyclinic and 74 at the TGH.