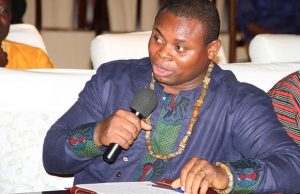 Following the publication of my rejoining article titled “Et Tu Franklin Cudjoe?” (Modernghana.com 6/26/17), the Founding-President and CEO of the IMANI-Ghana think-tank, Mr. Franklin Cudjoe, e-mailed to deny that he is a paid agent of the US Government. He also “emphatically” denied having been the recipient of funding from any US Government agency, as my article had suggested, primarily based on a news report indicating that Mr. Cudjoe had been contacted by government operatives in Washington, DC, at least twice prior to the landing of the Gitmo 2 terror suspects at the Kotoka International Airport (KIA), and on the soils of Ghana, in January 2016.

It would shortly come to light that the extant Mahama government had been secretly negotiating with Obama government operatives for the resettlement of Messrs. Bin-Atef and Al-Dhuby without either parliamentary notification and/or approval, as clearly articulated in the country’s Fourth-Republican Constitution. Mr. Cudjoe notes that he had been compelled by an accusation volleyed at him by a former Vice-Chairman of the Parliamentary Foreign Affairs Committee during a radio talking-heads program to make his admission. The Parliamentary Foreign Affairs Committee’s former veep was apparently trying to deflect charges against the Mahama government for taking such a highly sensitive decision with potentially dire implications for the security of the country without the due notification of any important and influential personalities and citizens in the country.

Well, it turns out, according to Mr. Cudjoe, that nearly the leader of every political party in the country had been informed about the Gitmo 2 deal, prior to the landing of the Saudi-born terror suspects on Ghanaian soil. Mr. Cudjoe also tells me that he was not the only think-tank capo contacted by the American government operatives. My beef here, as regular readers of my columns may already know, is that it was the primary responsibility of then-President John Dramani Mahama and his assigns and operatives to have informed all the significant players of both Ghanaian political culture and civil society leaders. And then, perhaps, a closed-door conference could have been convened by the Chief Resident of the Flagstaff House to discuss the matter, before inking any deal with the Obama government operatives.

You see, the Arabs, in general, have not been known to be friendly towards the African people the way that it may be said of other species of global humanity. We also have a credibly documented history with the Arabs that is not very enviable, for the most part. The Gitmo 2 agreement, as I vividly remember the media reportage of the same, gives both the Government of Ghana and the terror suspects the discretionary authority to revisit the terms of the resettlement of Messrs. Bin-Atef and Al-Dhuby in three years. This means that by January 2019, the Akufo-Addo Administration would have to come up with a definitive plan of action to effectively and finally dispose of the Gitmo 2.

I take this opportunity to thank Mr. Cudjoe for promptly writing to clarify matters with yours truly. I personally apologize for any negative publicity that the publication of my previous article may have caused Mr. Cudjoe and the quite reputable think-tank which he heads and so admirably manages in Accra. Keep up the great work, my brother!