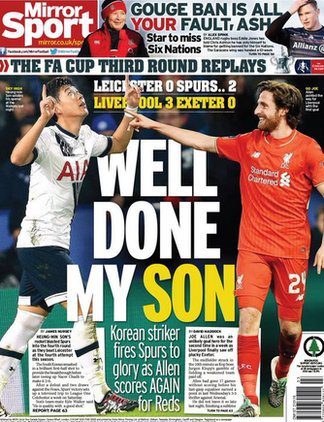 Pato is willing to take a pay cut to join Chelsea and has agreed a three-year deal in principle. (Daily Mail)

Aston Villa are in talks with former Manchester United defender Nemanja Vidic about a return to the Premier League. (Sun)

Arsenal are willing to spend £37m on Switzerland midfielder Granit Xhaka, 23, who could leave Borussia Monchengladbach in the summer. (Daily Star)

And Xhaka has joked with reporters that he has already asked the Gunners’ French midfielder Francis Coquelin, 24, for the number 34 jersey. (London Evening Standard)

Saido Berahino is being kept waiting over whether he will be allowed to leave West Brom in this window. The 22-year-old striker would like to go to Tottenham, but the Baggies are keen to sell him to Newcastle for £15m. (Daily Mirror)

France defender Eliaquim Mangala, 24, may have cost Manchester City £42m rather than the £32m they originally claimed, according to a leaked transfer document. (Manchester Evening News) 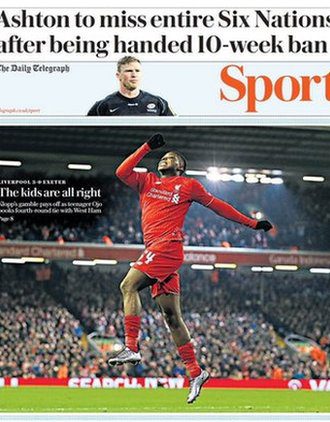 Meanwhile, Manchester United could eventually pay £61.5m to Monaco for Anthony Martial, 20, if all of the clauses in the deal for the France forward are met.(Sky Sports)

Standard Liege are set to offer Spanish keeper Victor Valdes an escape out of Old Trafford on loan until the end of the season. (Daily Mail)

Daniel Sturridge’s poor injury record at Liverpool means the 26-year-old England striker’s cost to the club is now a staggering £542,000 per goal. (Independent)

But the Black Cats have given up their hopes of signing Lorient and Ivory Coast defender Lamine Kone, 26. (Sunderland Echo)

However, the Championship club insist they have not received any bids for the highly-rated former Manchester United defender.(Lancashire Evening Telegraph)

Swansea have made contact with Liverpool about Joe Allen, to see if they can tempt the 25-year-old Wales midfielder back home to the Liberty Stadium. (Wales online)

Newcastle are determined not to sell France midfielder Moussa Sissoko, 26, and Spanish forward Ayoze Perez, 22, during this January’s transfer window, but will listen to offers for Yoan Gouffran, 29, and Sylvain Marveaux, 29. (Newcastle Chronicle)

A female footballer in Spain who said a referee tried to ask her out during a game will not file a formal complaint because it’s her word against his. Romanian defender Elena Pavel accused referee Santiago Quijada Alcon of trying to provoke her by asking her on a date in Sporting Huelva’s first-division game against Santa Teresa on Sunday. (Marca)

Film stars Kevin Hart and Ice Cube paid a visit to Manchester City during their promotional tour for Ride Along 2, and said they went to the Etihad because they weren’t invited by Manchester United.

BBC Radio 5 live’s Mark Pougatch, Tim Vickery and Pat Nevin discuss the future of former Chile boss Jorge Sampaoli – with Nevin hinting that he could be appointed as the new Chelsea manager.

Brazil legend Cafu tweeted about the return of Jon Flanagan  to Liverpool’s first-team following a long injury lay-off. The pair met years ago and Cafu said: “I have a thousand tweets! I guess it’s the return of a friend to the field!!! @LFC.”

Manchester United midfielder Michael Carrick tweeted about missing a train  on Wednesday, and instantly regretted it after being bombarded with responses about his lack of pace.

Full-back Sam Byram tweeted a thank you message  to Leeds fans as he left the club to join West Ham on a four-and-a-half year deal. The 22-year-old said it was an “honour and a privilege” to play for the club – and posted a picture of himself as a 10-year-old academy player.

Former Tottenham striker Emmanuel Adebayor posted pictures on Instagram  after spending a day with personal shopper at Harrods- fuelling speculation he could be re-signing for a London club.

Jermaine Pennant was delighted to find out restaurant chain Nandos delivered in Singapore, where the former Stoke and Liverpool midfielder is now playing. The 33-year-old tweeted:  “No way….. Nandos do delivery here!!!!! Amazing news haha.”

Did Liverpool receive some divine intervention in their win over Exeter in their FA Cup third-round replay? Joe Allen scored the opener in their 3-0 win, but his name came up as Jesus on some live score sites. (Metro)