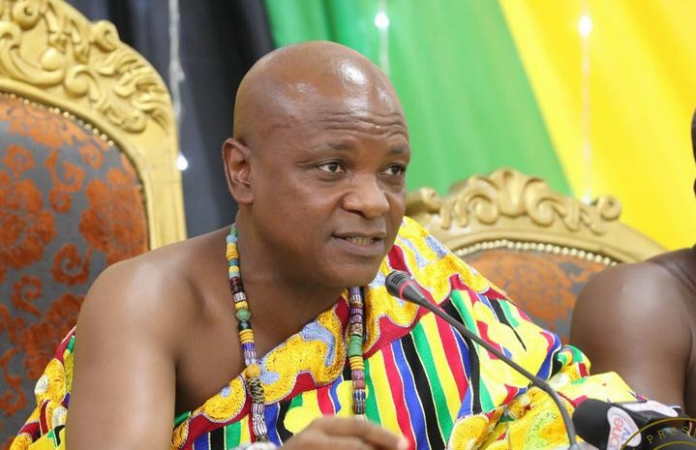 Togbe Afede XIV, Agbogbomefia (Paramount Chief) of Asogli, has stressed the need for the energies of the youth to be re-directed towards development and sustainability as the world grapples with a gloomy economic situation.

He said the youth remained the strength of the African continent, and that it was important to consider harnessing and nurturing their potentials to save the day and secure the future.

The Agbogbomefia was addressing a youth empowerment forum in Ho that formed part of the 2022 Asogli Te Za (Yam Festival) celebrations.

He said the lack of jobs and livelihoods continued to drive the youth to the edge of criminal and suicidal inclinations, and therefore their plight must become the concern of stakeholders including the Government and Traditional Authorities.

“The current economic crisis calls for a re-orientation of the youth, physically, mentally and emotionally. The youth have the power to change the situation in Africa, and they need the right empowerment to achieve the desired development,” Togbe Afede stated.

He said religion, with its wide appeal, should cast focus also on youth empowerment.

Togbe Afede called on the youth to nurture positive attitudes towards work, and to consider working together for a better hold of the entrepreneurship space, opportunities for which abound.

He stressed the need to take schooling and skills training seriously, adding that continuous learning would help identify and seize opportunities.

The Agbogbomefia asked the youth to make the best of technology, and to endeavour to sacrifice personal luxury for the growth of enterprise.

He also called to imbibe humility, honesty and truthfulness in the pursuit of entrepreneurship, and said the forum was initiated to empower the youth and should encouraged to provide hope to rise to the challenge of creating avenues of employment.

Togbe Afede said unity remained the key ingredient in development, and that with a united front, the war against poverty would be won and announced that the Asogli Education Fund would be extended to support skills training, urging the youth to bring up ideas for support.

The forum was attended by hundreds of youths from the various divisions of the Asogli State and featured some renowned resource personnel who led discourses on job creation, peace and security.

Kafui Adzah, entrepreneur icon and social media sensation, mentored the youth at the event and called for consideration in organic business growth with well-catered clients over rushed marketing that could overburden the establishment.

Attendees, which included leaders of skills training centers and institutions, lauded the initiative, and asked that it was instituted as an annual event to guide youth development.

The 2022 Asogli Te Za is on the theme “Lets Eschew Greed and Unite for the Development of our People”, and highlights include an anti-corruption day celebration, the hailing of the new yam, and a summit of Ewe Chiefs in the West African subregion.

Togbe Afede would sit in state at the palace forecourt on Friday September 09, and host a grand durbar at the Jubilee Park the next day to climax the festival. =

A state dinner dance, thanksgiving service in all divisions of the state, and a football match between the Accra Hearts of Oak and Asogli, would end the festival.