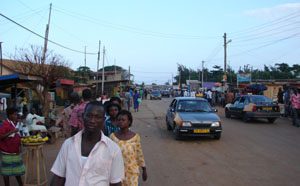 The source said the program is aimed at ensuring public funds are used in a way that will enable Togo achieve its vision of becoming an emerging economy by the year 2030.

The evaluation will help the government to maintain budgetary discipline, promote allocation of strategic public resources and guarantee efficacy of public administration through offering of quality services while using optimal public resources, the source explained.

This is the second operation of this nature by the Togolese government, after a similar exercise was carried out in 2008 on the basis of economic data collected in 2005, 2006 and 2007.

“In a country that respects the inherent values of good governance, efficiency is a condition for optimal management of public resources based on international standards,” said Adji Oteth Ayassor, Togo’s Economy, Finance and Development Planing Minister.

Ayassor said this will be a determinant for achievement of development objectives and reduction of poverty in Togo which has a poverty index of 58.7 percent and the GDP growth in 2014 was 5.8 percent.

Togo received technical and financial support from its traditional partners who include the European Union, the African Development Bank and the World Bank to carry out the evaluation process.

The Public Expenditure and Financial Accountability program was founded in 2001 as a multi-donor partnership to assess the condition of country public expenditure, procurement and financial accountability systems and develop a practical sequence for reform and capacity-building actions. Enditem

Peacekeeper dies of injuries after mine attack in Mali – MINUSMA

UN peacekeeper dies after vehicle strikes mine in northern Mali