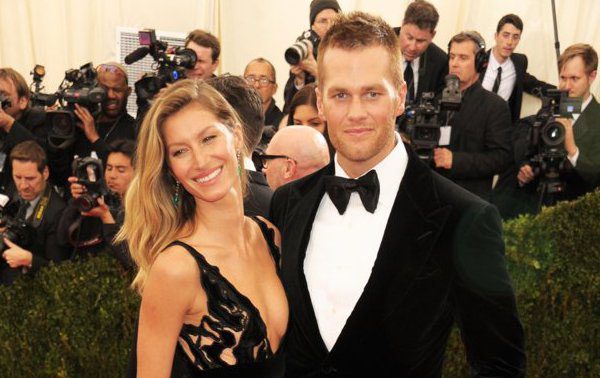 Tom Brady and his model wife Gisele Bundchen have been rumored to be on the verge of divorce following the New England Patriots deflategate controversy. Nevertheless, a source recently told E! News that the pair were not heading for divorce.

Previously, Gisele reportedly consulted with a divorce lawyer as their spat was heating up. However, ?Tom thinks it?s only a threat,? a source close to Tom told Us Weekly. ?But this is definitely a rough patch.?

The 35-year-old model took such action as Tom reportedly changed a lot after he was hit by the deflategate controversy. ?Tom?s become very nasty and irritable and started acting out on her,? said another source of the couple who didn?t spend their summer birthdays together. ?Things are very tense right now. This could be the end of them.?

Earlier this week, the two were spotted spending time together for the first time since the divorce rumors. Brady and Bundchen were photographed on August 31 leaving an office building and getting into a truck. Both of them dressed casually, and neither cracked a smile as they entered the vehicle waiting outside the building. Earlier that day, Tom appeared in court with NFL Commissioner Roger Goodell for a deflategate hearing.