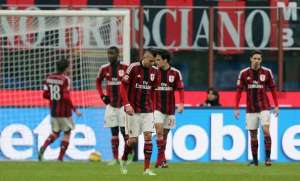 Italy’s starlet Sandro Tonali has completed his loan move from Brescia to AC Milan, the Serie A giant announced on Wednesday.

“AC Milan is delighted to announce the signing of midfielder Sandro Tonali from Brescia Calcio on loan with the option to make the deal permanent. The player will wear the number 8 jersey,” read a statement.

Born in 2000, Tonali started playing football with Lombardia Uno, an AC Milan academy, before moving to Piacenza and then, aged 12, to Brescia. The midfielder came through the youth ranks of the Rondinelle, making his senior debut in Serie B aged 17. In three seasons as a professional player with Brescia, Tonali made 89 appearances, scoring 7 goals.

The playmaker made his Italian senior debut on October 19, 2019, and has earned three caps for the Azzurri.

According to Italian media outlets, the loan deal will cost AC Milan 10 million euros. If the club activate the buy-out clause, they will pay another 10 million with add-ons up to 15 million and 10 percent of future sale.

AC Milan’s technical director Paolo Maldini said: “We are excited to welcome Sandro to the Rossoneri family. As a talented, young midfielder he will not only embrace the values of AC Milan but also make a significant contribution to the future success of the club.”