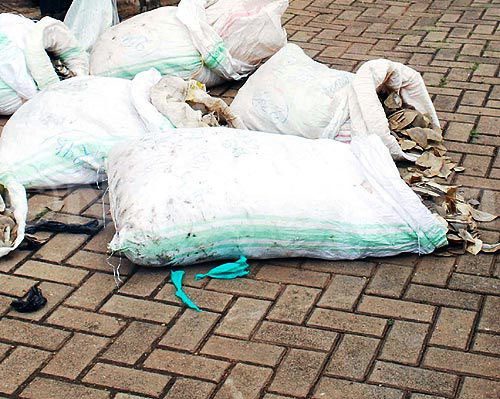 The pangolin scales, concealed in 76 bags on a speed boat, were intercepted by police in waters off Zhongshan City on April 10. The seized scales have a street value of about 3.2 million yuan (494,400 U. S. dollars), according to police with Gongbei Customs.

A suspect, identified only by the surname Feng, was detained.

Pangolins are under second-class state protection in China. Their scales are believed to have medical qualities.

Those who illegally catch, kill, buy or sell wild animals on the state’s protection list face a maximum penalty of over 10 years in prison and fines.