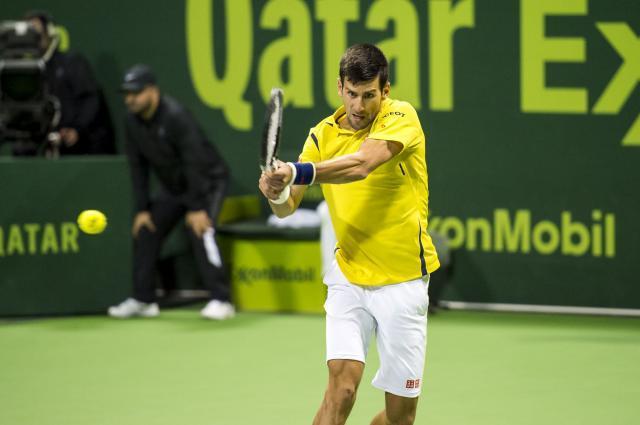 Top seeds Novak Djokovic and Karolina Pliskova both reached the second round of the US Open after making short work of their respective opponents on Monday.

Due to the COVID-19 pandemic, there are no spectators this year at New York’s Billie Jean King National Tennis Center, with players’ entourages limited to three people. Event organisers also introduced detailed protocols ensuring players and others have their faces covered and stay far enough apart from others at the venue.

Having just won the Western & Southern Open, also held at the Billie Jean King National Tennis Center, men’s singles world number one Djokovic took a speedy 6-1, 6-4, 6-1 victory against Damir Dzumhur of Bosnia and Herzegovina to reach the second round.

“He’s one of the quickest players on the Tour. He played some really good shots,” 33-year-old Djokovic said after the match. “I was pleased to close out the second set and then stepped it up in the final set.”

“I did struggle a bit with the semifinals and final back-to-back at the Western & Southern Open, but I had 48 hours. Not so much time, but still enough time to recover. I felt good on the court today. The good thing about a Slam is that you only play every two days, so you have at least one day of rest and recovery. I’m going to try to use that as much as I can and gather all my energy and strength for the next one,” he added.

With the victory, Djokovic continued his flawless 2020 season, with a 24-0 win record.

In the women’s singles, Pliskova made the second round with a clinical 6-4, 6-0 performance over Anhelina Kalinina from Ukraine.

Pliskova had stumbled at last week’s Western & Southern Open, where she was upset in the opening round. But the Czech returned to the Billie Jean King National Tennis Center on Monday with renewed confidence, and fired 26 winners and seven aces en route to victory.

Pliskova’s compatriot Petra Kvitova also needed just over an hour to dismiss Irina-Camelia Begu of Romania to advance into the next round.