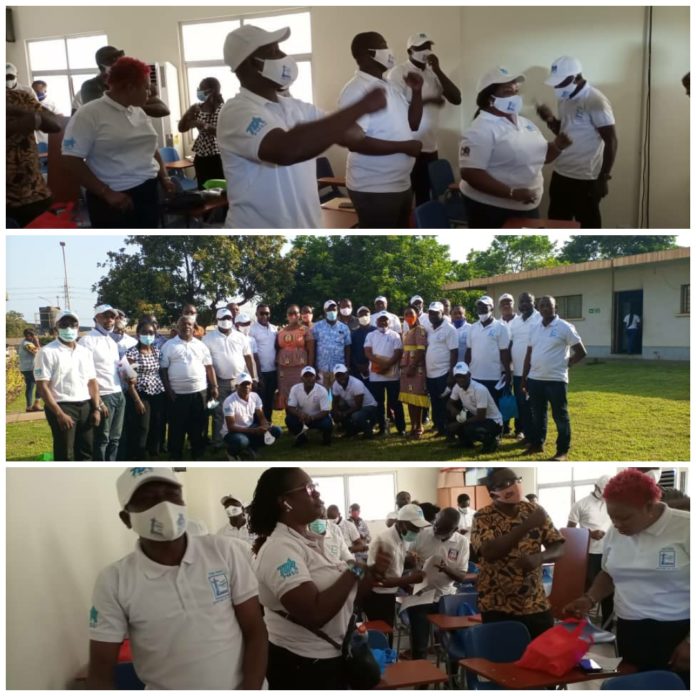 The Tema Oil Refinery (TOR) has inaugurated its branch of the General Transport Petroleum and Chemical Work Union (GTPCWU) of TUC with a call on the government to provide the refinery with the needed crude to operate.

Mr Bernard Owusu, National chairman of the GTPCWU, told the Ghana News Agency on the sidelines of the inauguration that the Refinery was facing a number of challenges including getting inadequate crude to refine.

Mr Owusu explained that currently, TOR had an arrangement to do third party refining which he noted did not allow the refinery to derive 100 per cent profit from its activities.

He added that when TOR refined its own crude oil and at its full capacity, it provides Ghanaians with cheaper petroleum products compared to what was happening currently with the third party arrangement.

He urged the refinery staff not to be downhearted because of the challenges but should rather continue to work hand-in-hand with management to ensure that TOR bounced back to its original mandate.

Mr Samuel Boateng, first National Vice Chairman, GTPCWU, also reiterated the need for government to support the management of TOR to get its own crude oil to refine indicating that the one and off shutting down of the refinery frequently was not helping its operations.

Mr Boateng noted that the benchmark for every refinery was to operate continuously for two years then shut down for major maintenance stating that “but what TOR has been seeing is that you operate for about four months, you shut down and start again, ”which according to him, was greatly affecting TOR.

“We want government to be of supportive of the management of TOR, TOR is viable and profitable, we have used our internally generated fund to pay off RFCC plan from 2000 to 2008 which was over $200 million dollars, we therefore need continues supply of crude so we can run”.

Mr Emmanuel Addo-Kumi, outgoing Chairman of TOR Professional and Managerial Staff Union (PMSU) of GTPCWU, giving a brief history of the Union, said in 2016, some of its members who were promoted to senior staff category decided to remain in the GTPCWU.

Mr Addo-Kumi, also the Chairman for GTPCWU, Accra zone, added that follow-up letters were sent to the relevant authorities on the issue leading to their first-ever union dues being deducted from January 2017 to the GTPCWU adding that even though they faced a lot of challenges and name-calling from other colleagues, they stood their grounds and the union survived.

Mr Anthony Jojo Koomson, current chairman of the TOR’s PMSU of GTPCWU, in an acceptance speech promised to have further deliberations on deductions of some statutory payments from staff’s salaries.

Mr Koomson said “it is time to stop deducting statutory payments meant to secure and promote the workers’ well-being and not paying to the requisite institutions for the present and future benefits of the worker”.

Mr Herbert Ato Morrison, Deputy Managing Director of TOR, said management would always collaborate with the union for the good of the refinery, stressing that union leaders should not misrepresent them to workers.

Mr Morrison also called for unity among the workers and cautioned them against using their positions to undermine other workers as a way of scoring points.