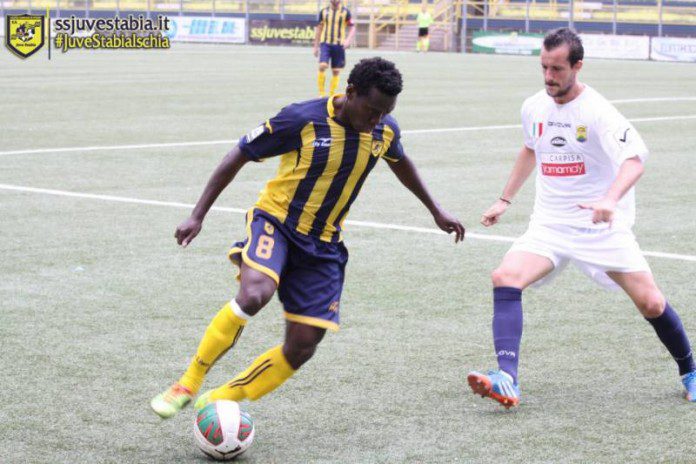 Italian Serie A side Torino have completed the signing of Ghanaian starlet Evans Osei on a season-long loan deal from Juve Stabia, GHANAsoccernet.com can confirm.

But the 17-year-old midfielder will not join Black Stars midfielder Afriyie Acquah in Torino?s first team squad for the upcoming Serie A season.

However, Osei will join the Bulls Primavera squad and hope to catch the eyes of Giampiero Ventura who has a soft spot for young talents.

Osei spent the second-half of last season on loan at newly-promoted Serie A side Bologna but he was unable to weave his way into the first team squad as he was limited to Primavera action.

He is one of the early foreign-based players who trained with the 2015 Ghana U20 squad that reached the knock out rounds of the FIFA U20 World Cup in New Zealand.