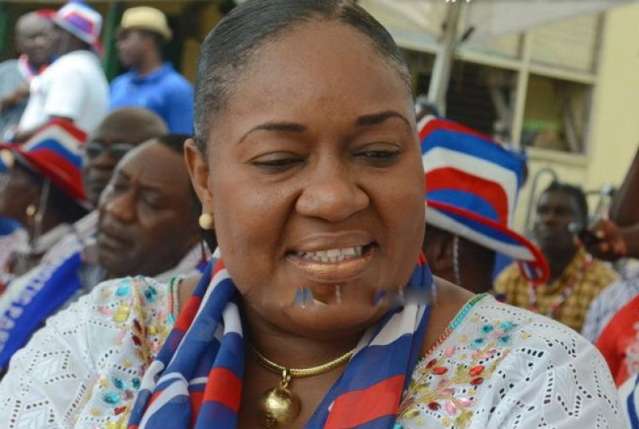 Parliament has approved the nomination of Ms Irene Naa Torshie Addo as the Administrator of the District Assemblies Common Fund (DACF) in accordance with Article 252(4) of the 1992 Constitution and the Local Governance Act 2016 (Act 936).

This was after the Appointments Committee of Parliament presented its report on the vetting of Ms Naa Torshie Addo on Tuesday 20, 2017 to the House.

Mr Haruna Iddrisu, Minority Leader and Ranking Member of the Appointments Committee who presented the report of the Committee on the floor of the House, observed that the nominee with her background as a lawyer, a diplomat and a former Member of Parliament (MP) was qualified for the position.

He said Ms Torshie Addo aside from showing in-depth knowledge on issues relating to the administration of the Common Fund, should be a good interface between government and the Assemblies.

He noted that the nominee’s grasp of issues relating to the Fund’s administration impressed members of the Committee during her vetting.

Mr Iddrisu also stated that the Committee was satisfied with Ms Torshie Addo’s nomination by the President as the DACF was in conformity with the1992 Constitution and Standing Orders of the House.

He however called on the new Administrator to ensure that the DACF were released on time to the beneficiaries.

Mrs Doryo Ghansah, MP for Ada in her contribution praised the President for nominating Ms Torshie Addo because according to her she was perfect for the job.

She said when the nominee appeared before the Committee she impressed everybody with her zeal and knowledge of the issues.

She said the nominee being a former MP would understand her colleague MPs and release the Common Fund on time so that they could use their share to develop their constituencies.

Mrs Nana Akua Owusu Afriyie, MP for Ablekuma North, in her contribution stated that the appointment of Ms Torshie Addo to this high position was a great motivation for the women of Ghana especially the girl-child.

She said the nominee was politically exposed, a lawyer and would be able to manage the legal issues in the administration of the Common Fund.

She alsothanked the President for appointing the nominee saying she would be an example to the youth especially the girl-child.

Dr Bernard Oko Boye, MP for Ledzokuku in his contribution called on the new Common Fund Administrator to put in place measures to ensure proper utilization of the funds after it has been disbursed.

He said explanation by the nominee that the government’s policy of $1 million per constituency was different from the DACF was reassuring since this would make money available to the constituencies for development.

Alhaji Mohammed Muntaka Mubarak, Minority Chief Whip in his contribution faulted the President for asking Ms Torshie Addo to act as a Common Fund Administrator from April 10 2017 when she has not been vetted undermines the authority of Parliament.

He said the termination of employment of Mr Kojo Fyn, the former Common Fund Administrator by the government was unlawful.

He argued that Mr Fyn was appointed legally in 2015 to serve his year mandate which ends in 2019.

Mr Osei Kyei Mensah Bonsu, Majority Leader in his contribution stated the House should come to a determination on the amount of resources that should be put into the Common Fund, adding that the current disbursement to the various districts was not enough.

He said the time has come as a nation to ensure that the monies that were allocated were applied for their intended purposes.

He noted that Minority should make it seem that somebody was against Mr Kojo Fyn but stated that the Constitution was clear that when a person attained the age of 60, the appointing authority could grant the person a two-year contract.

He therefore stated that Mr Kojo Fyn’s appointment to serve from 2015 to 2019 was illegal when he was due to retire on September, 2016.

Special court for prosecuting SF drugs dealers in the offing