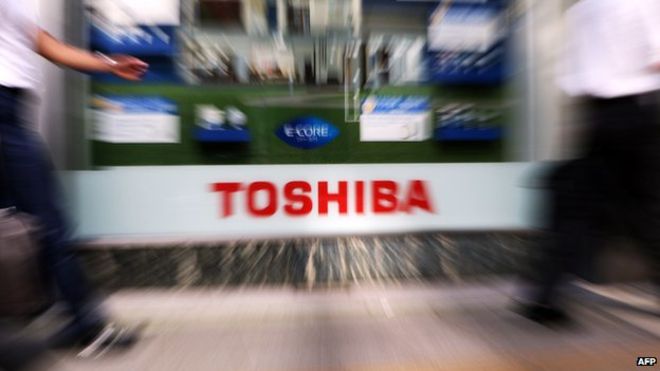 Toshiba said in a statement that it “will ask for further clarification and give it careful consideration.”

“The company will make a further announcement in due course,” it added.

Toshiba president Nobuaki Kurumatani told reporters on Wednesday morning the company’s executives will “discuss the offer at a board meeting” due later in the day, according to Nikkei.

The 145-year-old Toshiba has been under pressure from activist investors overseas, with a potential privatization of the company seen as a way to speed up its decision making, the report said.

A bid by a non-Japanese firm would need to be approved by the Japanese government for national security reasons. An acquisition of Toshiba would be scrutinized very carefully as the company also runs a nuclear power business.

Toshiba has been forced to undertake fundamental restructuring after the 2015 accounting scandal and the bankruptcy of its US nuclear power subsidiary in 2017. It no longer produces personal computers and television sets and sold its lucrative memory-chip unit in 2018.

Toshiba admitted in 2015 that it had inflated its profits over seven years to make money-losing businesses seem profitable.

In 2017, Westinghouse Electric, which Toshiba acquired in 2006, filed for Chapter 11 bankruptcy in the United States.

Japan’s worst ever nuclear disaster at the Fukushima Daiichi Nuclear Power Station in 2011 has made the nuclear power business more costly due to growing concerns and stricter regulations at home and overseas.