Ex-Black Stars captain, Stephen ‘Tornado’ Appiah has been made an Ambassador by Total Petroleum Ghana for the “Startupper of the year by Total” challenge.

The contest aims at identifying, rewarding and supporting the best projects in enterprise creation or development in Ghana.

It has been initiated by the Total Group in 34 African countries simultaneously, and the winning projects will be conferred with the title, “Startupper of the year 2016 by Total”, with financial and coaching support from Total Petroleum Ghana.

The Challenge “Startupper of the year by Total” is part of Total’s global initiative for supporting the socioeconomic development of all the countries where it operates worldwide.

The former Black Stars captain who led the country to its maiden World Cup in 2006 was made the Ambassador for the project to champions its success in Ghana. 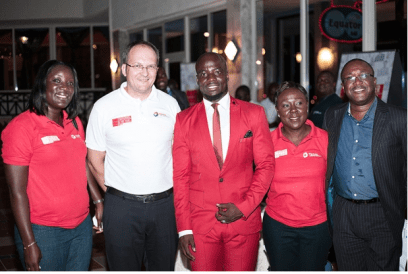 The “Startupper of the year by Total” is a very concrete project aimed at locally strengthening the industrial fabric and employment on the African continent, by supporting the most daring and innovative entrepreneurs in realizing their project.

This approach targets the emergence of new initiatives, while respecting the Total Group values.