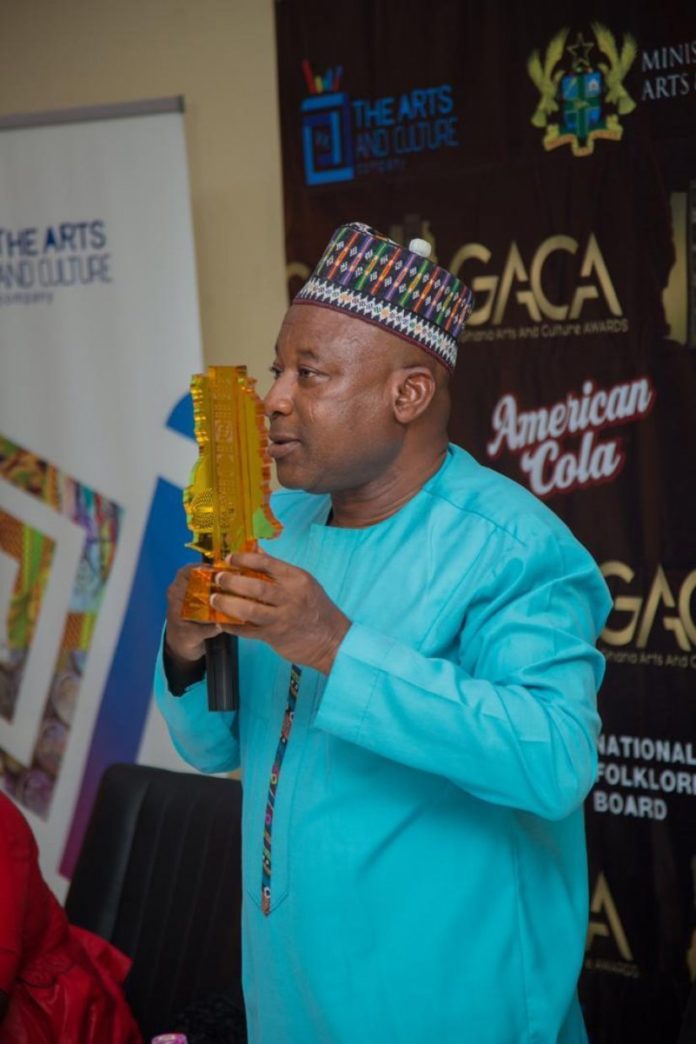 Dr Zimblim Barri Iddi, Deputy Minister of Tourism has launched and unveiled nominations for the 2020 Ghana Arts and Culture Awards (GACA 2020), in Accra.

Dr Iddi said the awards, which is the second edition is also to create the platform to celebrate and acknowledge culture by giving due recognition to all the astounding players who have kept the torch burning in their unique way.

He said this year’s awards has 19 categories cut across every medium through which the Arts and Culture was showcased in Ghana.

From individual to collective initiatives, to companies, through festivals, theatrical performances, authentic Ghanaian motion pictures and even the hospitality sector.

“Our nominations involve everyone who has been working tirelessly to release creative content without compromising on our distinction as a people.

“Each nominee has something different to offer in their various fields and based on their abilities and consistency in their line of work, the public is allowed to choose who has made the greatest impact via voting.

“To claim their grounds, our nominees are expected to campaign for votes as the public decides.”

According to the Deputy Minister, winners of the various categories would receive a beautiful plaque and a citation to commemorate their commendable feat.

“Receiving an award from GACA is a great honour since the awardee will receive national recognition for all the great contributions made towards the Arts and Culture Sector in the nation and would open doors for interviews and high recommendations in their line of work”, he added.

He said tourism has always thrived through the Culture and Creative Arts, hence the Ministry has always played a pivotal role in placing the Arts and Culture at the forefront of Tourism in Ghana.

Dr Iddi said the collaborative partnership between TACC and the Ministry was being solidified to access greater opportunities for the Ghanaian Arts and Culture in West Africa, Africa, and the World at large.

He expressed the hope that the initiative would encourage the youth to embrace their artistic Culture and aim to be the best Ghanaian citizens they could be no matter where they found themselves in the world.

“Our cultural heritage will not be extinct as we embark on this journey together one step at a time and one person at a time,” he said.

Mr. Mike Frempong, Director of Communication and Research at TACC, said, this year’s event would be one of the greatest events in the year for Ghanaians especially to those who deal in the Arts and Culture.

“We know that COVID-19 has affected a whole lot of things but we still see the need to honour our industry players. Preparations are well ongoing for the main event which is expected to take place on November 14 2020,” he said.

He further urged the nominees to keep harnessing their talents to grow the country’s arts and culture through their works.