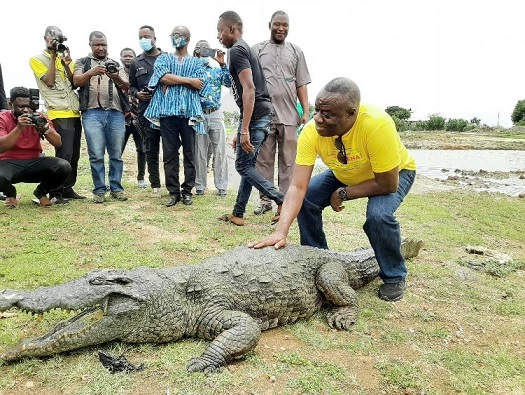 Dr Ibrahim Mohammed Awal, the Minister of Tourism, Arts and Culture says the Tourism sector plans to make five billion dollars every year for the economy.

“We want Tourism to be the number one contributor to Ghana’s Gross Domestic Product (GDP) by 2023, he added.

The Minister said this at Paga, in the Kassena Nankana West District, Upper East Region, where he is on a working visit to familiarize with tourists sites in the area and identify the gaps in the tourism sector and work to make it attractive.

He said tourism all over the world was a great contributor to many economies and Ghana would benefit a lot from it if it prepared its sites well and made them attractive and worth visiting.

Dr Awal called on all stakeholders to support the domestic tourism drive to promote national unity and development.

He assured the Chief and people of Paga, when he paid a courtesy call on the Paramount Chief, Pe Charles Awia Awampaga II, that government would construct lavatories at the Crocodile pond, a major tourist site in the Region.

He said the lack of lavatories and other recreational facilities at the pond, affected its operations, and emphasized the need for a place of convenience at the site.

The Minister said the lavatories would be fixed before the Christmas season, and called for the support of Chiefs to boost tourist sites and create job opportunities for the unemployed youth in the Region.

Dr Awal who later toured the Chief’s palace and Zenga Crocodile ponds, and the Pikworo Slave Camp in the District, told journalists that “We are impressed with the history that the tour guides have given us since we came, we have seen how friendly the crocodiles are.”

He said government would work to improve the sites, “We have to improve the two crocodile sites, they need to be fenced and provided with offices to make them attractive. So we want to urge all stakeholders, the Chiefs, policy makers and the media to promote our tourist attractions.

Pe Awampaga II noted that Dr Awal was the first among past Tourism Ministers to take up the initiative to develop the tourist sites in his Traditional Area, and said he was impressed about the Minister’s visit to the area.

He said the Crocodile ponds were major tourist sites for the Upper East Region which should be given a face lift to attract more tourists to the area.