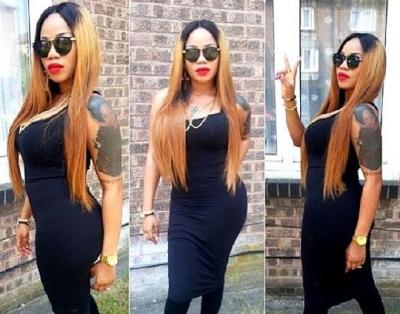 Now that we know Tonto Dikeh has a new man in her life, clearly not D’banj, she’s doing everything possible to protect him from the prying eyes of her friends. Tonto called out her once-upon-a-time bestie, Toyin Lawani for sleeping with her ex boyfriend and even having a baby for him.

According to Tonto who revealed on her Instagram page, Lawani snatched an ex of hers which led to a bitter front between the two ever since.

The besties who used to be an item, now don’t see eye to eye.

But before they fell out with each other, Toyin was responsible for rebranding Tonto?s style-from lightening creams to clothes and fashion accessories.

That guy Toyin snatched, clearly wasn’t her baby daddy, TriggaKess so, we figured it must have been the father of her daughter. Remember Toyin already had a girl before she welcomed a son with new boyfriend, Triggakess.

We had thought it was her friend, Onyii Alex that snatched her man only for Tonto to turn around, pointing accusing finger at Toyin Lawani.

And now, it’s been days since Tonto called out Toyin yet, not even a single word from the ?Tiannah Style boss.

So, does that mean what Tonto said is nothing but the truth and Toyin is too ashamed to face her?