News Ghana
Home Entertainment Tracy Sarkcess’ 10-year wait should not be the standard for all women-... 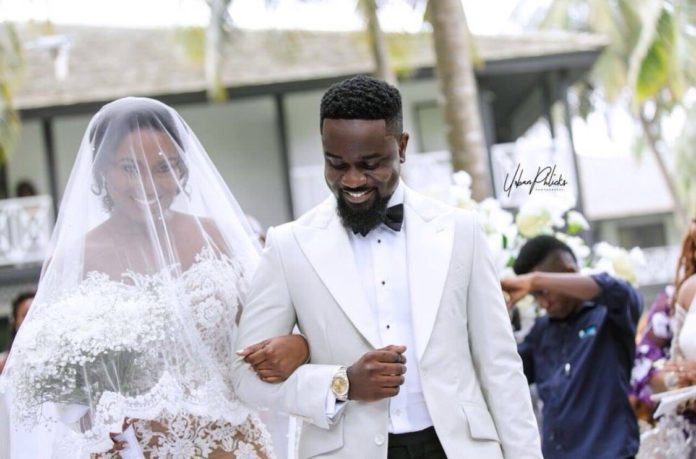 TV producer and co-host of Celebrity Fanzone on GH One TV, Chantelle Asante has argued that the 10-year period it took for Sarkodie to marry his girlfriend Tracy Sarkcess from when they first began dating shouldn’t be the new standard for every woman in Ghana.

“I don’t know her age but I think she is under 30. Not everybody wants to get married early. Maybe she was in no rush to get married. I know she went to school abroad so she left for a while. They could have broken up at a point in time, we didn’t know whether they were on and off,” Chantelle argued.

Sources have also revealed that the beautiful TV presenter; Chantelle Asante will be getting married this weekend in a private ceremony.

Sarkodie, real name Michael Owusu Addo, got married to Tracy in a traditional ceremony on Tuesday July 17,2018 at a private event in Tema.

The couple has been together for a long time now and is blessed with a 2-year-old baby girl called Titi.

Check out the video below: