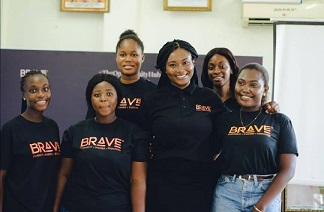 The social entrepreneur who won the coveted Royal Aroma SHERO of the Year having edged the likes of Esther Kelly, Josephine Baffour, Deborah Kyei, Linda Teye and Dr. Vincentia Anokorang for the accolade.

The SHERO Award which is the second most topmost award for the GOWA scheme, recognizes the effort of individuals who are using their influence in society to touch lives in various endeavours.

Deloris Frimpong Manso popularly known as Delay has been adjudged the Outstanding Woman of the Year for the second year running at this year’s Tasty Tom Ghana Outstanding Women Awards.

Sarkodie delivers a tip of Rapperholic at MTN Pulse Hangout