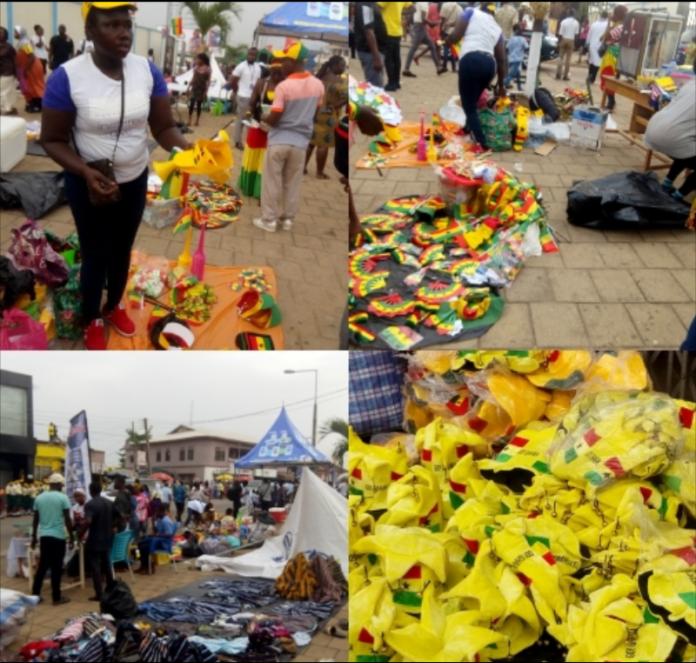 The precincts of the Baba Yara Stadium in Kumasi, venue for the 63rd Independence Anniversary, was on Friday morning turned into a hub for trading activities as the Ashanti Regional capital hosts this year’s national independence parade.

Hundreds of traders have displayed their wares just outside the stadium as early as 0700 hours in anticipation of high patronage as people thronged the stadium for the celebration.
On display were various national paraphernalia including miniature flags, caps, horns, mufflers and other historic materials on Ghana’s independence from colonial rule.

Other traders cashing in on the historic event are food vendors providing variety of foods, drinks and water to thousands of people inside the stadium.

Some of the traders who spoke to the Ghana News Agency (GNA) were excited about the business opportunity that the celebration has brought to the city.

They said sales has been good and commended government for rotating the annual celebration to boost the local economies of the regions.

Madam Monica Osei, a trader, told the GNA that the miniature flag was the most patronized among her wares.

Kumasi is the second city to host the event outside the capital since independence and the euphoria that has characterized the celebration has been magnificent.