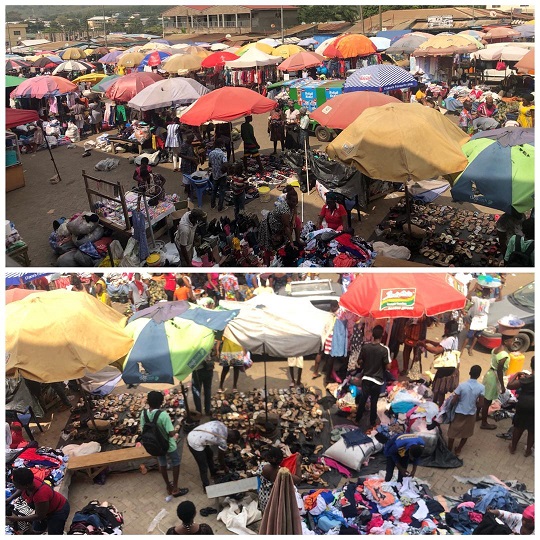 Trading at the Madina Market in Accra have taken a nosedive after the good sales during the Christmas and New Year festivities.

Scores of traders, in an interview with the Ghana News Agency, said sales were good during yuletide but business activities normally slowed down after the festive occasion in January before kick-starting gradually in February.

Ms Veronica Narh, a trader at the market, said it had become a norm that business activities within the markets took a dramatic turn downwards, as most people overspent during the festive period and slowed down their spending habit immediately after the yuletide.

She said most workers were yet to receive salaries after spending that of December, adding: “We have adjusted to that traditional routine of making good sales in December and hitting dry sales in January.”

Madam Ruth Mensah, who sells sanitary pads and diapers among other things, explained that what one sold determined whether the yuletide could affect sales or not.

“There are seasonal and occasional items and daily normal life goods and services. Those of us who deal in normal daily life goods and services are handicapped during festive seasons because sales remain at the average, so you either jump the boat to join the seasonal goods for bumper harvest or you remain traditional to your normal trade,” she said.

Madam Mensah was optimistic that things would change, especially as schools were re-opening, because most of her items were for students.

Mr Ebenezer Teye, a fruits seller, said: “All my goods are going bad, am afraid I will run at a loss if this continuous”.

Other traders who mainly deal in foodstuff also confirmed that sales were good during the Christmas but slowed down after the celebration.

“It is a matter of time, things will be better again as time goes on”.