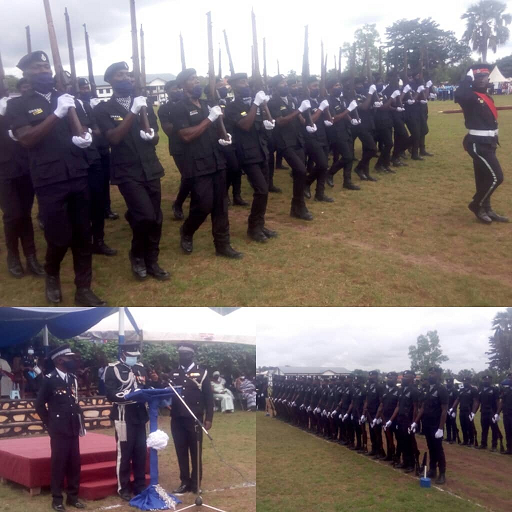 Commissioner of Police (COP), Mr Ken Yeboah, Director-General of the Criminal Investigations Department (CID) of the Ghana Police Service, has said that personnel training was essential to broaden scope and knowledge.

He said the Police administration was poised to commit resources towards re-training of personnel to build their capacity to effectively discharge their duties.

Mr Yeboah, who was speaking at the passing out parade of 158 police recruits in Ho, said the passing out was timely as the country was gearing up for December 7, Presidential and Parliamentary polls.

“We the police are not oblivious of the enormous tasks ahead,” he said.

He implored the recruits to abide by the rules and regulations and to desist from acts that tarnish the image of the Service.

The Director-General cautioned the youth not to yield to any political influence and engaged in any violent act that would threaten the peace of the country.

Mr Yeboah called on political parties to be on alert, saying “the preferred season for social misfits, bandits, hooligans and criminals to run to you has come, so that you can offer them your political identity to enable them to commit their usual violence in the name of politics.”

He said the Police Service was “ready to unmask and strip any mobster or fugitive off his or her political colouration and swiftly bring such individuals or groups to answer for the very crimes they have committed without fear or favour.”

No arrest in police-bullion van robbery