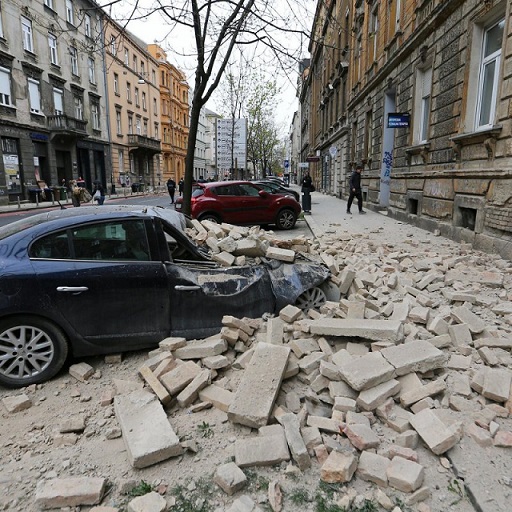 Two more earthquakes jolted central Croatia early on Wednesday morning, further traumatizing residents who have been hit by a series of powerful tremors that have left at least seven people dead and razed several towns.

The European-Mediterranean Seismological Centre (EMSC) said the two quakes were of the magnitudes 4.8 and 4.6, and the epicentres were again around 45 kilometres south-east of Zagreb.
No new casualties were initially reported.

“What’s not yet fallen among the ruins of the city has now fallen,” the mayor of Petrinja, Darinko Dumbovic, told state broadcaster HRT.

The towns of Petrinja and nearby Sisak were hardest hit, reporting at least seven deaths, including a 12-year-old, and dozens injured.

Many people in Petrinja spent the night outdoors or in their cars for fear of further tremors, Croatian media reported.