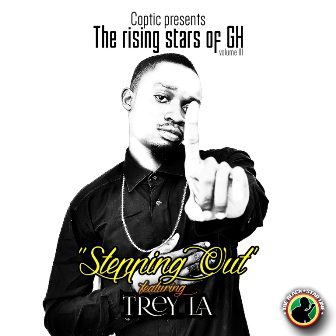 Coptic & The Black Star Line are proud to present the release of Trey LA?s first single ?Stepping Out?. Trey LA, who hails from The Volta, is the first artist signed by Coptic to his record label The Black Star Line. He raps in Ewe and English on this smash song produced by the well-known Ghanaian hit maker King of Accra and uses his command of wordplay to weave between both languages as he declares his introduction to GH Hip Hop fans.

Trey LA is currently in the studio recording his debut album under the watchful eye of his Producer/Label head Coptic. He has already recorded a few songs with renowned and established GH artists that we are not naming as of yet, but believe that Trey LA will have a great impact on the GH Hip Hop scene.

Stay tuned for the ?Stepping Out? video shot by The Syndicate, it will be available for your viewing pleasure shortly.

In the in-between time, download and enjoy the song!

Restructuring Nigeria and the Hypocrisy It Will Generate