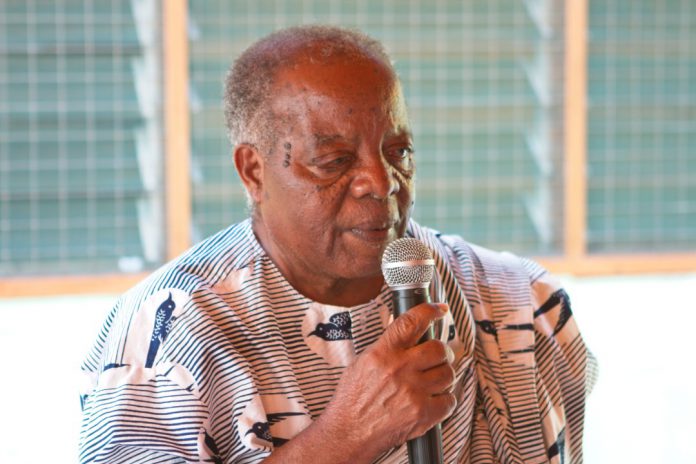 FIAKPORNOO Simon and I became classmates in 1950 when he joined our class in Standard 4 at the Keta Roman Catholic Boys’ School. The Primary School system in the then colonial Gold Coast, run mainly by the Missions, consisted of a Kindergarten, followed by 3 years of Infant School (Classes 1-3), 3 years of Junior School (Standards 1-3) and ending with 4 years of Senior School (Standards 4-7).

Simon and I sat and passed the Common Entrance Examination in Standard 6 and then entered St Augustine’s College, Cape Coast in January 1953 for our secondary schooling, which we both successfully completed, earning our ‘O’ and ‘A’ Levels in 1956 and 1958 respectively.

After his medical studies in the then Yugoslavia, Simon came back to his native Ghana, took up an appointment with the Ministry of Health and was posted to the Government Hospital at Ashanti Bekwai as the resident Medical Officer. He served for a number of years but left when a vacancy that better suited his personality and ability occurred at the University of Cape Coast’s Hospital.

There, I had the opportunity, whenever I stopped over at his Clinic on my way to various project sites in the Central and Western Regions, to sit by him and to observe him at work, examining the Hospital’s numerous out-patients with patience, calmness and utter thoroughness. Indeed, you could, so to speak, hear the patients saying to themselves: “Yes, this is a proper doctor!”. I, for my part, would invariably leave him with a calmed-down feeling to continue my journey.

In retirement, Simon settled in his beloved hometown of Dzelukope to a leisurely pace of life but with the firm determination to share his wide medical and life’s knowledge and skills with his community. He did this at his local Parish of St Peter Claver but, critically, also made himself very useful at the Keta Municipal Hospital, where he was of immense assistance to the overworked doctors there.

Unfortunately, when Simon began to show tell-tale signs of on-setting debilitating sickness, the Hospital had no option but to press him gently to go into his second and final retirement. He had ever since been house-bound and not very responsive, a condition that had been very hard on the few visitors but more so on his immediate family.

The LORD has now mercifully called Simon home to take his earned rest from all his earthly travails. We all hope and pray that he is indeed in a much better place now.

On behalf of my Form Mates (APSU’56), I wish to express our heartfelt condolences to the bereaved widow Kafui, the children, the grandchildren and the extended Fiakpornoo/Dovlo families.

XEDE NYUIE, SIMON.
TILL WE MEET AGAIN ON THE RESURRECTION MORN, ADIEU.
RIP.

When death comes snitching: a tribute to Rep. Adolph A. Lawrence and Gwendolyn Dabah Wilson

A tribute to Kofi Annan, from his family

Tribute to UAE founder begins from UN in New York