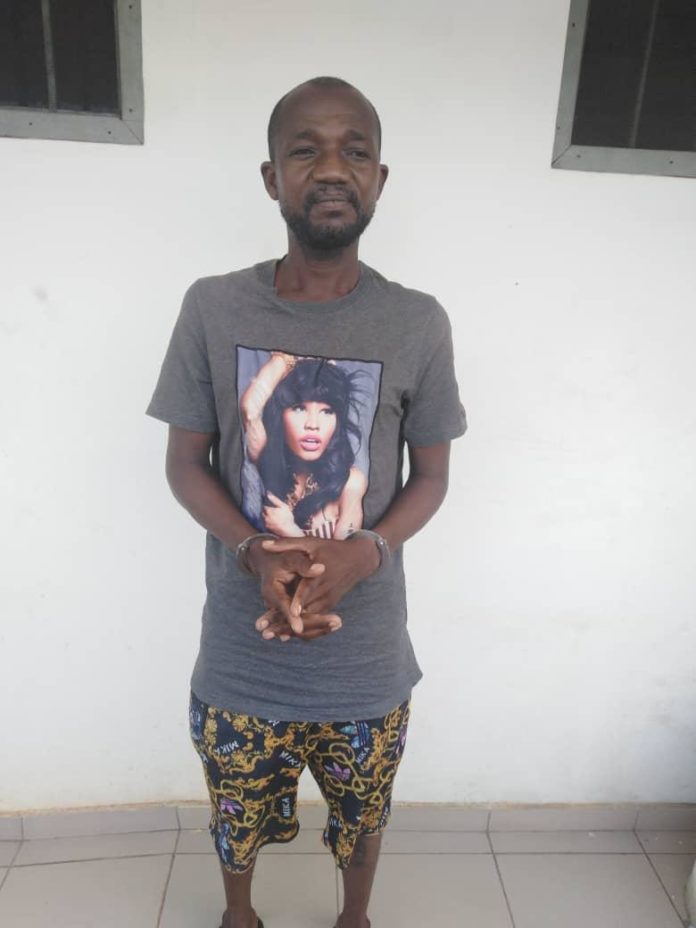 A trader who feigned interest to help an Italian Police attaché to convey Personal Protective Equipment (PPE) valued at GHC10,800.00 to the Northern Region is in the grips of the Criminal Investigations Department (CID).

Stephen Oboripoan Uja, 34, is a yam seller at the Agbogbloshie Market whilst Enrico Biasutti is a Police attaché with the Italian Embassy.

Deputy Superintendent of Police (DSP) Ms Juliana Obeng, Head of the Public Affairs Unit of CID, told the Ghana News Agency on Thursday that the accused was assisting with investigations.

She said in April this year, the complainant bought the PPE to be sent to the Health Aid Centre, an Italian Non-Governmental Organisation located at Saboba in the Northern Region, and that on April 18, he went to Imperial Bus Station at Agbogbloshie to find a vehicle to transport them but he could not find one.

Biasutti went there on another day in an attempt to secure a vehicle and that was when Uja approached him and introduced himself as one of the drivers to the coaches to Saboba and that he would help him send the items.

DSP Obeng said they exchanged phone contacts and on Monday, April 20, the complainant called Uja and directed him to a Pharmacy shop at Cantonments to pick the PPE and send them at a fee of GHC250.00.

Uja after picking the items in addition to the money promised to send them by Thursday, thus the complainant called the recipient to expect them on the afore mentioned date.

She said Biasutti later called Uja to find out whether he was able to deliver the items but he told the complainant he could not as a result of a mechanical fault whilst on his way and would send them as soon as it was repaired.

DSP Obeng said six days later, the complainant called again but Uja promised to deliver them the next day but he failed and from then on he had refused to answer the complainant’s calls.

Biasutti then petitioned the Director General of CID, which led to his arrest on May 5, at his hiding place.

A search in his room revealed seven boxes of the PPE with part of the items sold for GHC2,391.00, investigations showed.

He admitted the offence in his cautioned statement and he has been charged with stealing.

DSP Obeng has, therefore, cautioned the public to be wary of imposters as they went about their daily activities.