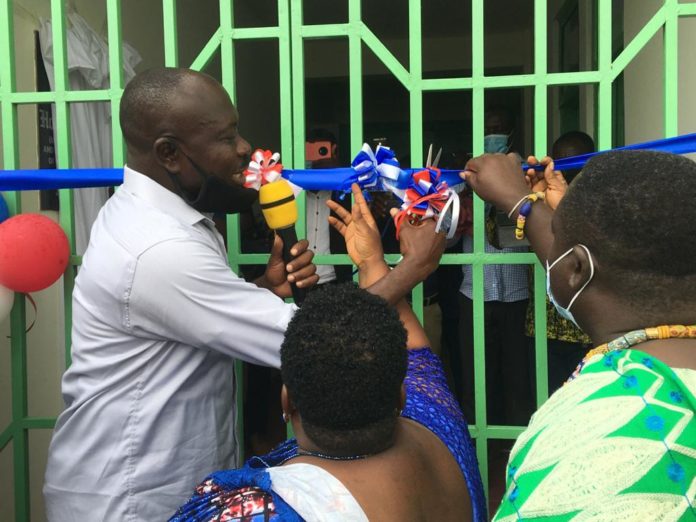 Mr Moses Anim, Member of Parliament (MP) for Trobu near Amasaman, on Tuesday commissioned the first phase of an ongoing three-storey Health Centre at Amamorley in the Ga North Municipality.

The almost GHC800,000.00 funding of the first phase was drawn from the MP’s Common Fund and National Health Insurance Fund in addition to monies he personally lobbied for.

He said an additional GHC270,000.00 had been set aside for the continuation of the other phases.

The facility is estimated to take 150 beds upon completion, with each phase taking 50 beds.

Madam Gertrude Ankrah, Ga North Municipal Chief Executive, said in times past the Municipality had difficulties with regards to health facilities but with the insightful leadership of the current MP, that problem had been lessened.

“Our MP is insightful and foresighted and that is why he has been able to meet this health need. This is just one of the numerous facilities he has brought to Ga North Municipality in the shortest possible time,” she said.

She called on chiefs and opinion leaders to provide the MP with the needed assistance to complete the edifice.

Dr Margaretta Gloria Chandi, Ga West Director of Health, called on the MP not to relent at completing the project and if possible, expand it to the status of a polyclinic.