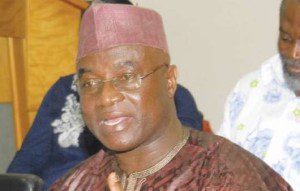 The New Patriotic Party?s (NPP) Minority Parliamentarians on Monday finally delivered what they described as the ?True State of the Nations Address? after failing for almost two weeks to meet their own schedule.

Immediately after President John Mahama delivered his mandated State of the Nation?s Address (SOTNA) on February 26, 2015, the Minority promised to give a counter presentation on March 4, 2015 to give Ghanaians insight into the real state of the Ghanaian economy.

However, the NPP MPs failed to meet their own set schedule in what has become an annual ritual.

For unknown reasons, the minority which have been strongly criticized for their ?laziness? and ?inactivity?, failed to convene a meeting to present their true state of the nation?s address, fueling speculations ?that the Minority was struck by confusion because they had no solid basis to counter the President?s address.

The eventual address delivered by the Minority Leader, Osei Kyei Mensah-Bonsu? on Monday has been described by critics as ?lazy work? because of the similar content it has with previous such counter STONAs.

President Mahama, during his address, acknowledged the difficulties facing the Ghanaian economy, particularly the crippling energy situation, government spending, the infrastructural gap and the ethnic-religious sentiments.

He promised that his government was working to solve these difficulties. For instance, President Mahama, during his address,? said this about resolving the energy crisis: ?If our plans for energy security are to succeed, a radical restructuring of the downstream distribution sector must occur. If we are to achieve energy security in the future, we must complete the reform of our power sector. The new Ministry of power is working urgently on proposals to restructure the power sector beginning with the Volta River Authority (VRA) and the Bui Power Authority (BPA).?

?Like every great nation we have been through rough patches in our history. We have been through periods of political and serious economic instability. We have made mistakes and some wrong choices in the management of our affairs over the years,? the President stated about the difficulties currently facing the country.

?What is required to sustain this momentum and to propel us to greater heights is a renewed commitment to the progress and wellbeing of our nation. Nation building is a long and arduous task, which can only be undertaken through collective effort. This effort must be anchored in unconditional love for our country, hard work.?

?As for the cynicism that the President implored the nation to purge ourselves of, he must do serious introspection. From the Presidency through the cabinet, ministers, communicators and activists ; the litany of pledges and assurances that they have given and not been able to deliver, why should Ghanaians not have cause to disbelieve them?? The Minority Leader stated in his address on Monday.

?It all looks like they all resort to an assortment of promises and not caring too much about how to redeem those contractual obligations; after all they have ghost, dwarfs and opposition elements to blame when they cannot deliver,? the Suame MP stated.

These sentiments contained in the address have been described by critics as ?lazy work? because of its apparent similarity to previous True State of the Nation?s Address delivered by the minority NPP MPs.

President urges the Church to continually pray for the nation

MFWA fellow appeals to the state to protect journalists

Wizkid fails to show up for Accra concert, Fans gutted