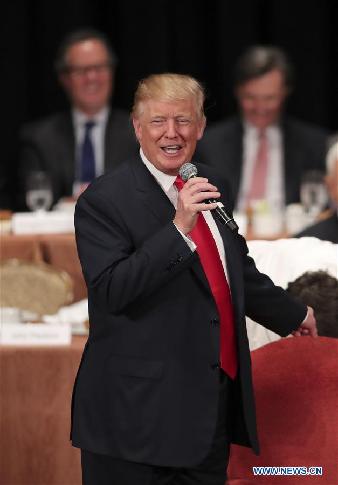 U.S. President-elect Donald Trump on Wednesday quoted WikiLeaks founder Julian Assange to voice new doubt about the findings by U.S. intelligence agencies that Russia has intervened in the 2016 presidential election.

“Julian Assange said ‘a 14 year old could have hacked (John) Podesta’ – why was DNC so careless? Also said Russians did not give him the info!” Trump said on Twitter, referring to the Democratic National Committee (DNC).

Emails of Podesta, the 2016 Democratic presidential candidate Hillary Clinton’s campaign manager, were released by WikiLeaks during the campaign.

U.S. intelligence had concluded that the hack and release of the Democratic Party and Hillary Clinton staff emails was ordered by the Kremlin and was designed to put the Republican real estate mogul in the Oval Office.

Trump has repeatedly refused to accept the conclusions. Moscow also denied the accusations.

On Tuesday, Trump also suggested that a briefing he was scheduled to receive on the hacking issue was delayed to give intelligence officials more time to build their case.

“The ‘Intelligence’ briefing on so-called ‘Russian hacking’ was delayed until Friday, perhaps more time needed to build a case. Very strange!” he tweeted.

However, U.S. intelligence officials said there had been no delay in the briefing schedule, according to U.S. media reports.