Lawyers for U.S. President Donald Trump said Wednesday the president will continue his fight to shield his tax returns and financial records from a federal prosecutor who subpoenaed them, days after the Supreme Court ruled the president is not entirely immune to criminal investigation.

In a status report filed to a Manhattan federal judge overseeing the case, Trump’s lawyers said they planned to argue that the subpoena issued by Cyrus Vance, the Manhattan district attorney, seeking eight years of Trump’s personal and corporate tax returns in a criminal probe, is too broad and politically motivated.

“The President should not be required, for example, to litigate the subpoena’s breadth or whether it was issued in bad faith without understanding the nature and scope of the investigation and why the District Attorney needs all of the documents he has demanded,” the lawyers wrote to Victor Marrero, the judge who scheduled a hearing for Thursday.

The new filing came less than a week after the Supreme Court ruled 7-2 to reject the president’s claim that he has absolute immunity to investigative subpoenas such as the one issued by Vance, a Democrat.

Trump’s lawyers noted in the Wednesday filing that the Supreme Court in its ruling said Trump may argue that the subpoena seeks too much information, or intends to impede the president’s constitutional duties or harass, manipulate or retaliate against him. “The President intends to raise some or all of these arguments,” the lawyers wrote.

Lawyers for Vance’s office, for their part, said in a joint filing Wednesday that Trump’s lawyers — who argued that the case requires a more thorough factual record — are demanding beyond what they are allowed, and that Vance could enforce the subpoena immediately but would give Trump until July 27 to file an amended lawsuit.

Trump’s lawyers told Marrero, who initially handled the case and to whom the Supreme Court returned the case after last Thursday’s ruling, that “further proceedings are necessary,” and that an amended lawsuit would soon be filed.

Trump hasn’t disclosed his tax returns since taking office in 2017, breaking both his promise made during the 2016 presidential campaign and a tradition kept by U.S. presidential candidates for decades. A Reuters/Ipsos public opinion poll released Wednesday showed that two in three Americans wanted to see Trump’s tax returns.

Trump said in November 2019 that he would make public his financial records before Election Day 2020, which falls on Nov. 3. The disclosure, he claimed, would only serve to prove that he is much richer than people thought. 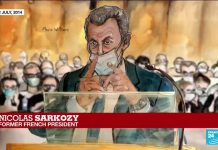