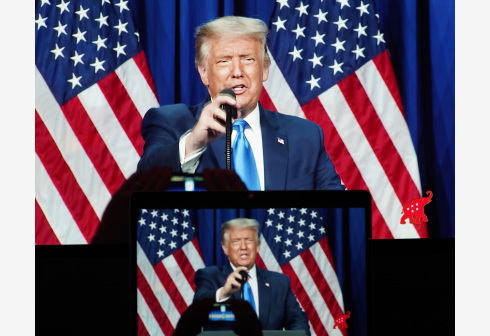 In a speech heavily laden with attacks on left-wing and liberal ideologies, and while accusing his opponents of seeking a cultural revolution, President Donald Trump announced a new federal education plan to encourage “patriotic education.”

“Our youth will be taught to love America with all of their heart and all of their soul,” Trump said on Thursday.

He narrated how left-wing activists, during protests against police brutality and racism over the summer, tore down statues of key historical figures and also lashed out at his opponents who he argued want to paint the US as a racist country founded on oppression.

Trump went to the National Archives – the home of the Declaration of Independence and the US Constitution – to make the speech, on the anniversary of the signing of the constitution in 1787.

The president announced he will be establishing a “national commission to promote patriotic education.”
There is an ongoing debate about racism and how deeply it is embedded in state structures as well as the legacy of slavery.