Turkish President Recep Tayyip Erdogan said on Wednesday that he hoped talks with his Russian counterpart Vladimir Putin could yield a cease-fire in Syria’s northwestern province of Idlib.

“Our expectation is to establish cease-fire swiftly,” Erdogan told reporters. The Turkish president will visit Moscow on Thursday for meeting with Putin after escalation with the Russian-backed Syrian government forces in Idlib, which caused the deaths of 59 Turkish soldiers since February.

Turkey launched Operation Spring Shield in the wake of the killing of 34 Turkish soldiers by Syrian forces on Feb. 27, according to the Turkish Defense Ministry.

The meeting is crucial since Turkey and Russia have come to the brink of a confrontation in Idlib.

Following the deaths of over 34 Turkish soldiers in Idlib, Ankara opened its borders with Europe to refugees. At least 135,000 refugees crossed to Greece, Turkish Minister of Interior Suleyman Soylu said on Wednesday.

“If European countries want to resolve the issue, they must support Turkey’s efforts for political and humanitarian solutions in Syria,” Erdogan said on Wednesday addressing his party members at the parliament. Enditem 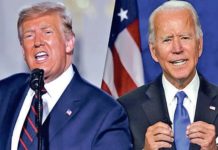